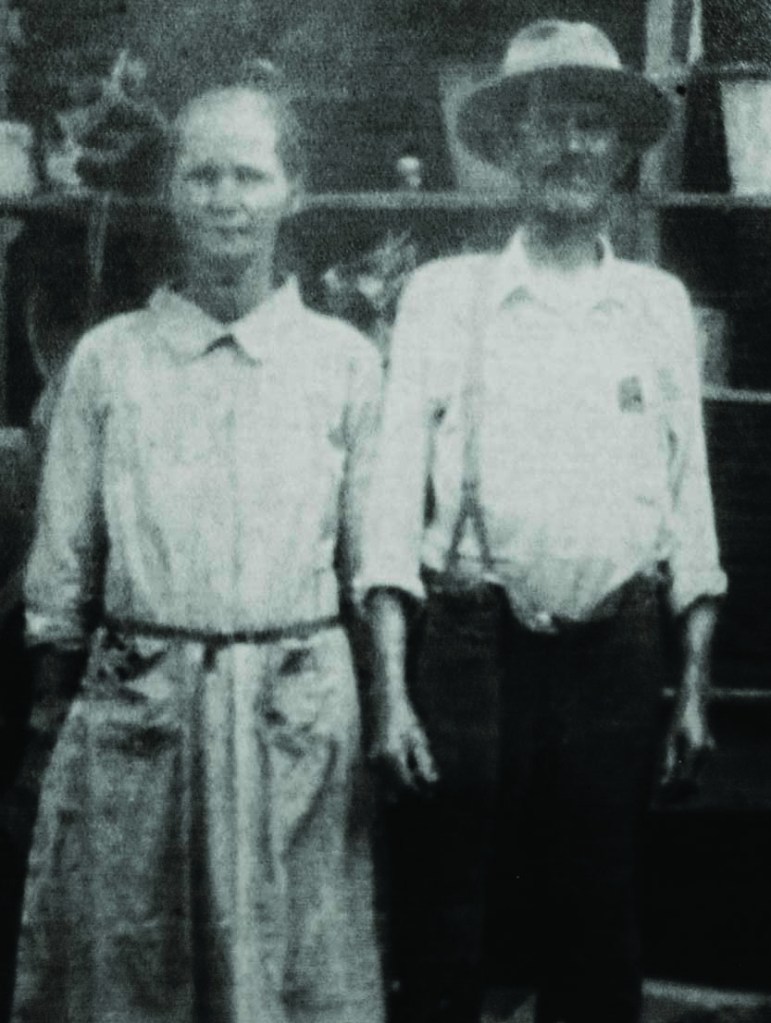 Jane Swaringen and her husband, John, during the early 1900s. Between Jane and her father, Joshua Hudson, the two of them, lived during the terms of 36 presidents.

Joshua Hudson was born in 1796 in the Aquadale area and lived most of his life outside of Norwood.

Late in his life, during the 1890s, several articles appeared in area newspapers to celebrate some of his birthdays.

Hudson was born while George Washington was president of the United States.

An interesting side story is his connection with his daughter, Jane Swaringen. In August 1956, she was featured in the Ripley’s Believe It or Not comic strip published in papers around the country.

The comic stated “Mrs. Jane Swaringen of Albemarle, N.C. and her father have between them lived during the administration of every President of the U.S.! The father — Joshua Hudson — born 1796 when Washington was President — lived to the age of 99 and had 23 children. Mrs. Swaringen was born in 1874 — when her father was 78 years old.”

At the time this was in the newspapers, in just two generations they had lived through the administrations of the first 34 presidents.

When Swaringen died in 1967, this feat had been extended through Lyndon Johnson — the 36th president.