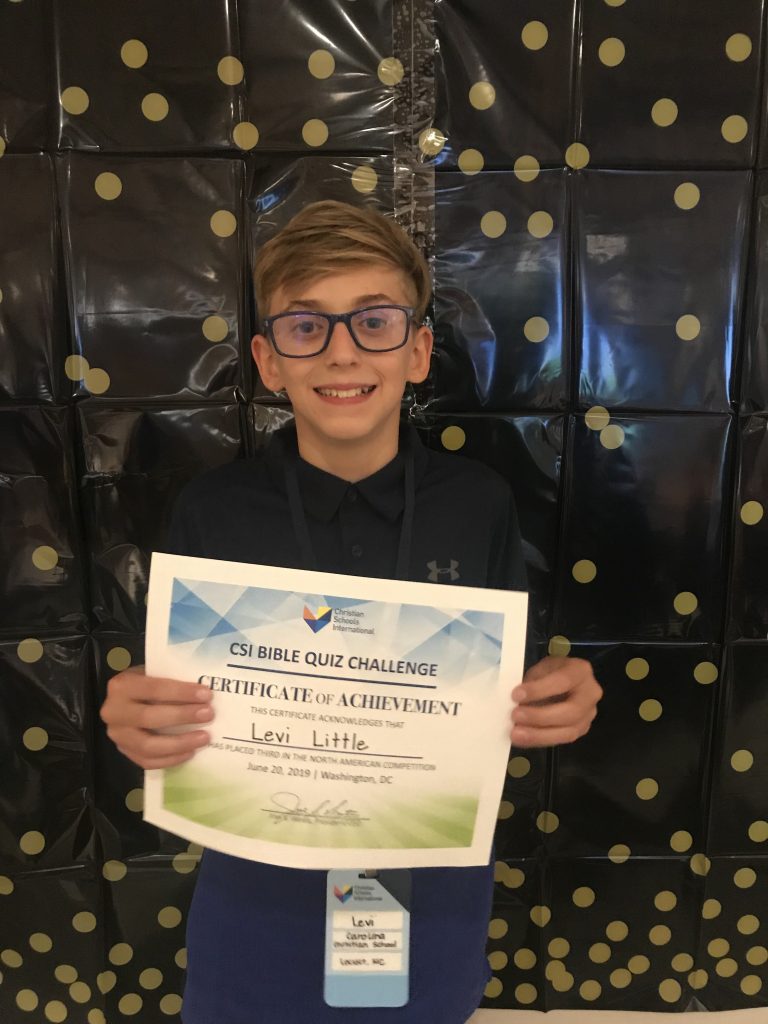 He knows so much that the Carolina Christian School fourth-grader placed third out of five in the North American Christian Schools International Bible Quiz Challenge in Washington, D.C. last week.

From the moment in September when his teacher first sent out an email informing parents and students about the challenge, he merely hoped to be his school’s champion.

The quiz challenge occurred June 20 at the Museum of the Bible.

Little and the other four competitors (three from the United States and one from Canada) were assigned a judge and they had an hour to answer 26 two-part questions.

The first part came from the NIV Kids’ Quiz Bible (that Little studied daily for months). The second part was related to the answer and was tied to an artifact or item displayed in the museum.

The competitors answered questions on each of the four floors of the museum.

Though Little didn’t have a great feeling about his performance, he was happy to hear he placed third.

“He was third in all of North America,” his mother Cassie Little said.

For his performance, Little received a certificate, $500 for tuition reimbursement for next school year and a $50 product voucher to spend on Zonderkidz products of his choosing. Zonderkidz publishes children’s books, including the NIV Kids’ Quiz Bible.

“She’ll never be as good as me,” Little joked. “She’s got to be either first or second in the nation to be better than me.”

Little also learned a lesson throughout the competition.

“Sometimes when he loses he’s not the most gracious” said Cassie, so her prayer was that if he lost he would handle it well.

He did handle it well, she said. “That was big for us.”

Little’s family told him “no matter what, he was a winner,” Cassie said.

After the competition, the family explored D.C., visiting museums and touring Capitol Hill and the White House.

Little already has lofty plans for his future.

He wants to go into the military as a Navy SEAL and then plans on becoming president.