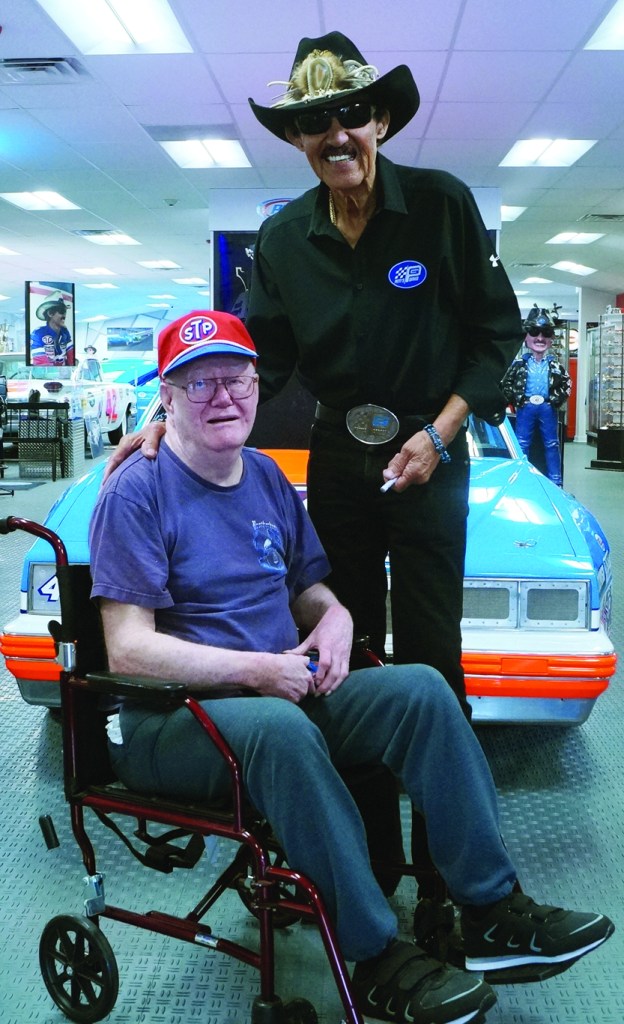 Woodhaven Court Assisting Living and Memory Care resident Braxton Thomas enjoyed his tour of the Petty Museum in Randleman alongside some of his fellow residents recently.

Thomas, a lifelong NASCAR fan, was fixed upon the shiny, electric blue No. 43 Plymouth on display next to a nearly-life-size figure of his racing hero, Richard Petty, when the surprise of a lifetime appeared next to him. In his signature black hat, “The King” stood in person to meet Thomas and the Woodhaven Court visitors.

“I’m really glad you got to come check us out,” Petty said while shaking Thomas’ hand. “We’ve been looking forward to having ya’ll.”

Thomas could hardly contain his excitement as he held a Petty poster in his hands he hoped to have autographed.

“This was a surprise,” Thomas said. “But I’ve got a surprise for him. This is my favorite race car driver ever.”

Thomas served as part of the inspiration for the event.

Residents Nathan Pendergrass, Renee Wright, Ken Furr, Carolyn Hicks and Danny Paterson joined Thomas for the outing. The group toured the museum and then spent time with Petty, where he shared laughs and hugs, signed autographs and even got a peck on the cheek from one of his guests.