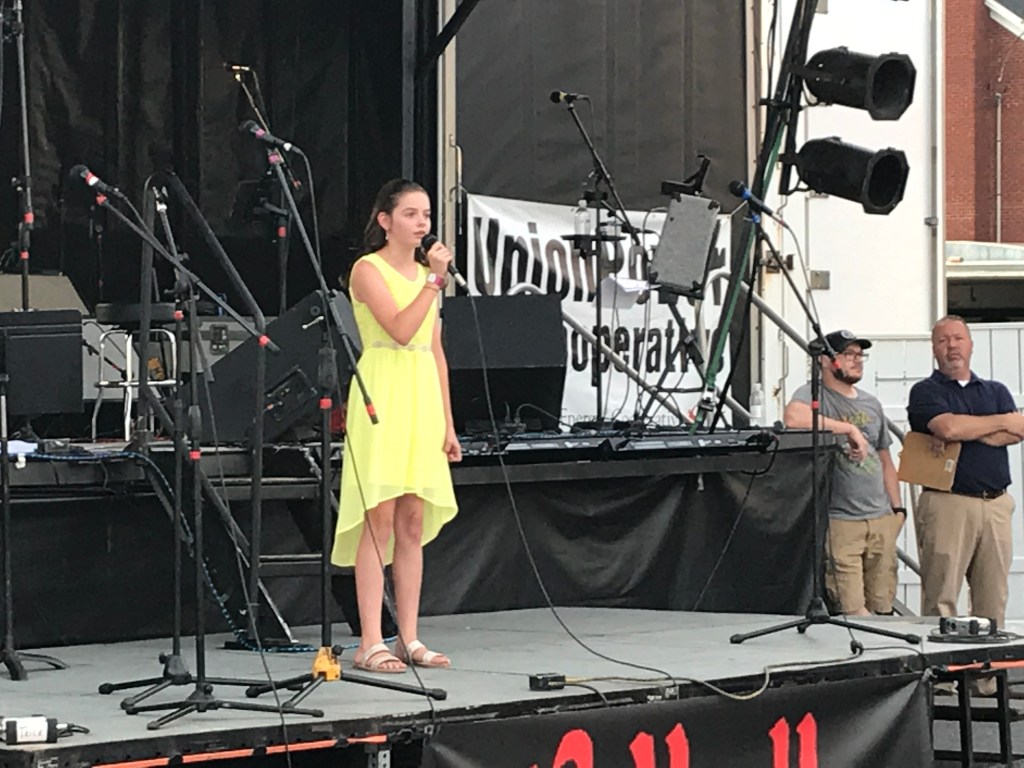 Lena Preslar, from Oakboro, took home first place in the youth division for her performance of Adele's "Hello."

Stanly’s got talent and it was clearly on display Monday evening during the Oakboro talent show.

The show, hosted by Wes Tucker, featured a several performances. Besides singers and guitar players, other performers included bands, mimes, a dancer and karate students.

The show is part of Oakboro’s Fourth of July festivities. Tucker said the talent show has been part of the festivities for about a decade. Hundreds of people watched the show.

There were 23 acts — 13 from the youth division and 10 from the adult division.

“I felt really confident in myself,” he said, noting he earned second place in the youth division last year. “When I walked off the stage, I had a good feeling about it.”

He’s been playing guitar for five years and singing for three years.

For the second year in a row, 12-year-old Lena Preslar, from Oakboro, was the youth winner. She performed Adele’s “Hello.”

She said she was nervous when she was singing.

“I felt very excited,” she said when Tucker announced that she won.

She picked “Hello” because she felt the song was a good choice for her voice. 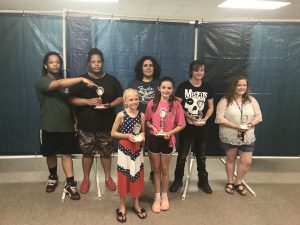 Some winners from both youth and adult divisions: front row, from left: Hadley Martin and Lena Preslar; back row: Mysaiah Benjamin, Mychal Benjamin and Colin Talero of the band The Kings of Yesterday, Jake Bryant and Heather Copple.

“I love the fact that we had such a variety,” Tucker said, “because anything and everything was represented.”