Morrison named to NPMA board of directors

Ashley Morrison, director of operations, of City Wide Exterminating, based in Locust, has been elected as an at-large director on the National Pest Management Association’s board of directors.

Her term was effective July 1. 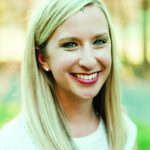 The NPMA is a non-profit organization comprised of more than 5,500 members worldwide. Its mission is the protection of public health, food and property through public awareness and education for both industry members and consumers.

The board of directors serves as the policy-making body of NPMA, and it manages the business of the association.

As an at-large director, Morrison was elected to the position by a majority vote of the general membership.

“I am honored to be selected by my peers for this position,” Morrison says. “I look forward to serving alongside some of the best leaders in the pest management industry to help make a positive difference both nationally and within our own community.”

Morrison recently received national accolades as a graduate of the 2017-2018 Executive Leadership Program through NPMA. She has also served on committees for NPMA as well as the North Carolina Pest Management Association.