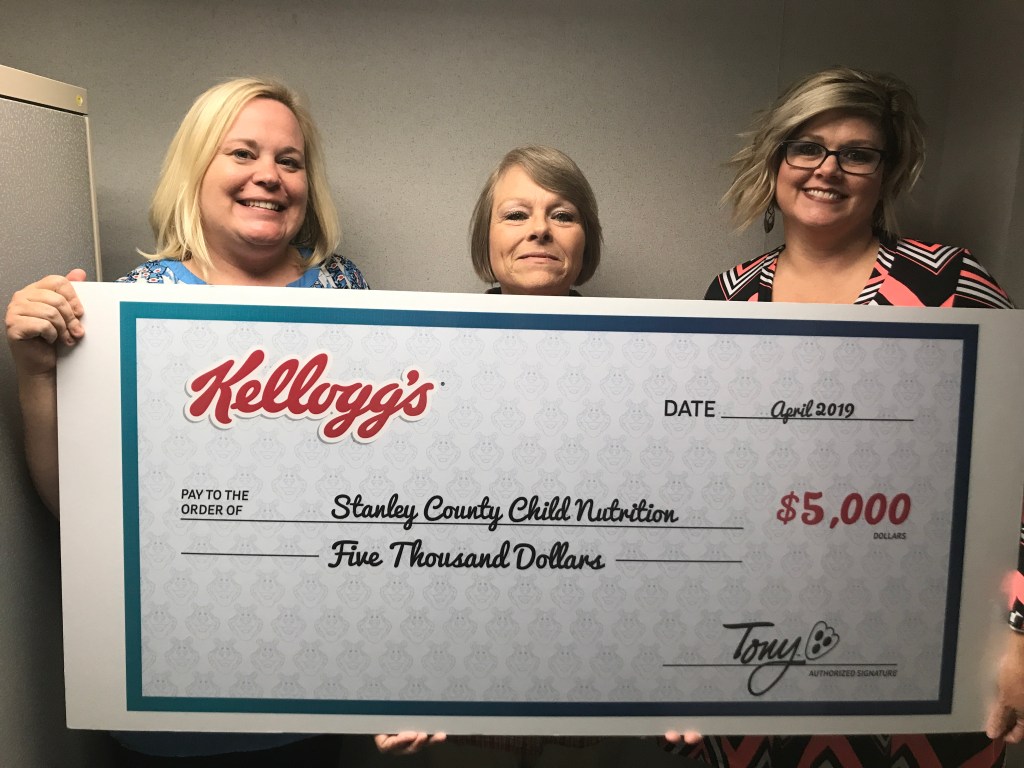 One part of the promotion included students at Richfield Elementary and Aquadale Elementary sampling foods as part of taste tests.

“We found a hot dog that met federal regulations and put that back on the menu and that has been probably our biggest success,” Child Nutrition Director Mandy Melton said.

Other sample foods like homemade ranch dressing weren’t as successful.

“We could not find a recipe that met our guidelines that the kids would eat,” Melton said.

That illustrates one of the main challenges for Melton and her nutrition team: finding the balance between foods that meet federal regulations set by the USDA and foods students will eat.

Melton, who has spent 20 years with SCS as a high school teacher and career technical coordinator, became the child nutrition director in February after the previous director moved to Cabarrus County.

Melton’s background is in business and marketing. She emphasized promoting child nutrition within the schools through the use of posters, social media and the taste tests.

Though she didn’t know as much about child nutrition, two staff members — childhood nutrition supervisor Danette Huneycutt, who plans the school’s menus, and office manager Lorie Thompson, who handles food ordering and the free and reduced lunch applications — helped her adjust.

“They make my job much easier,” Melton said.

She and her nutrition team rolled out several new foods during the school year that met the balance of being both healthy and appetizing.

A spice bar featuring four spices students apply to their food — Mexican, Creole, Italian and Southwestern — was introduced at every high school in March. The cafeteria workers created the spices from recipes provided by the North Carolina Department of Public Instruction, Melton said.

Another big hit was the launch of Domino’s pepperoni pizza at every high school in March. Titled Smart Slice, the pizza, which has a wheat crust, is made and delivered to the schools by Domino’s and meets federal regulations. The pizza is served daily and will be served at middle schools a few days a week this upcoming school year, Melton said.

Iced coffee was piloted this year at South Stanly and Albemarle high schools. She said it may be introduced to the other high schools this year.

The child nutrition department introduced menu planning committees at each elementary and middle school. These committees, which were composed of a few students, the principal and the cafeteria manager, came up with food ideas for two days’ worth of menus.

The menus the committees created will be introduced next school year in all the elementary and middle schools as part of “Kids Choice Tuesdays.”

The menu design for the West Stanly Middle committee includes chicken tenders, tater tots, garlic bread, tropical fruit and chocolate milk for the first menu and ham and cheese casserole, baked beans, a roll, kiwi and strawberry milk for the second one.

During these collaborations, cafeteria managers talked to students about the components of a proper meal and explained the importance of the foods meeting the federal nutrition regulations.

“We’re trying to spice it up and think outside the box,” Melton said.

The child nutrition department got a financial boost when is was awarded $5,000 by the Kellogg Company as part of a sweepstakes the department applied for last year. Melton learned SCS would be awarded the money during her second day on the job in February. SCS was one of only five systems in the country to receive funding.

The money will go for marketing and program improvements, Melton said.