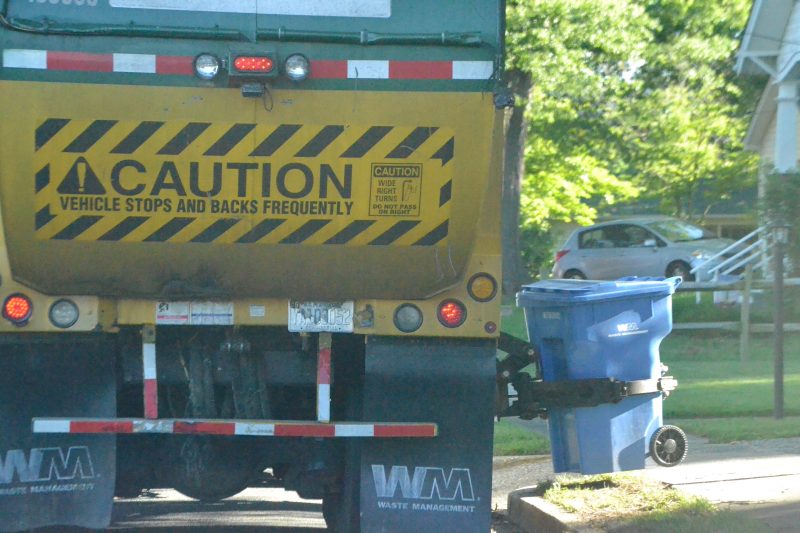 Waste Management picks up someone's recycling in Albemarle. Glass is still allowed as a recyclable in the city.

Over the past several months, the cost of processing and hauling recycling has increased in Stanly County. This has led the county to recently stop recycling glass.

This is not just a county problem. It has been happening across the country. Cities have limited the types of recyclable material they accept or have canceled recycling programs.

Until January 2018, China had been a major buyer of recyclable material in the United States. But national reports say Chinese officials determined too much trash was mixed in with recyclable materials like cardboard and certain plastics.

“China has been turning a lot of recyclables down so it’s made the cost go up,” said Todd Lowder, solid waste director for the county.

“Everybody thinks we make money off recycling, but we don’t,” he said. “It costs us to recycle.”

To make sure the county’s solid waste fee didn’t increase, Lowder said it had to cut some materials. Glass was the choice because it weighs the most and contains a lot of contamination.

He emphasized that glass was the only material that the county has stopped recycling.