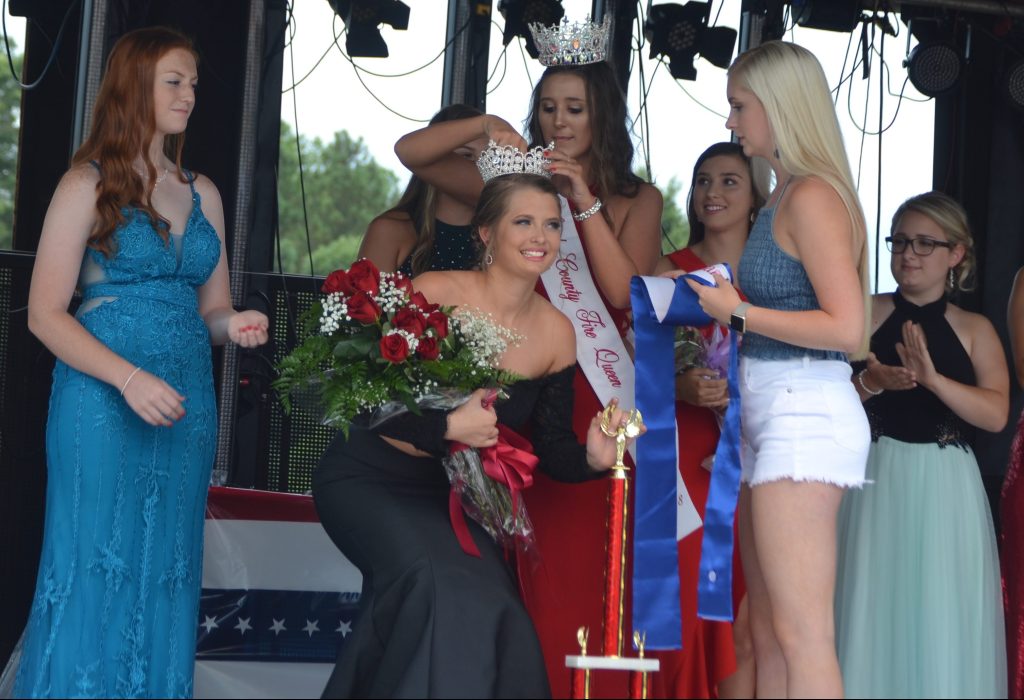 In a pageant that featured the most contestants in its history, Halee Brooke Davis — representing Oakboro Volunteer Fire Department — was crowned Miss Stanly County Fire Queen at the 61st Annual Oakboro Fourth of July Celebration.

“When they called my name as the winner, I was not expecting it at all,” 17-year-old Davis said. “I was in total shock.”

Davis, who attends Branch Christian Academy in Concord, said the main reasons she entered the pageant were to build her self-confidence and to make new friends.

“All these girls are beautiful and did amazing,” she said.

The pageant — and the Oakboro parade — began as a fundraiser by the Oakboro Fire Department as a way of purchasing new equipment, emcee Wes Tucker said.

There were 11 contestants and each one was chosen by their local fire department to represent it in the pageant.

The three judges were Miss Stanly County 2016 Jenna Huff along with Beverly Parr and Sarah Sisk, both of whom work for Mary Kay in Concord.

The pageant consisted of three parts as contestants modeled fitness wear, evening wear and the interview portion which contained one random question.

“It was a shock to me, but I’m honored to be first runner-up,” Hinson said.

Joely Faulkner, representing Aquadale Volunteer Fire Department, was awarded Miss Congeniality, which was voted on by the contestants.

“It was very sweet and I was honored,” Faulkner said. “I’ll remember this forever. 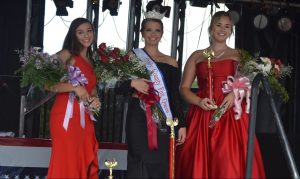