Over my 20 years as a publisher, many things I do on a daily basis have changed drastically. This is a much different job than it was when I started as general manager of a weekly in Black Mountain.

One of the biggest changes has been the metrics we look at to determine success. It used to be print circulation was the only key to see how our content was resonating with the readers. That feedback would come through subscriptions and racks sales. The results took weeks and months to see how the trend was going.

Now, I can get instant updates about what people are reading on our website (thesnaponline.com) as soon as the story is published. I can see what is being read, how long the reader spends reading it, the general location of the reader and whether they are reading on a mobile device or a desktop.

This information provides a quick view into what works and what doesn’t, which has led to some interesting coverage decisions.

The online results from June showed how quickly our site can grow when there is plenty of news to drive the readership. Last month, we had more than 76,000 users on the site. That’s an increase of 115 percent from the previous month. Considering Stanly County has a population of just over 60,000, that means we are also drawing readers from outside the area. Along with that, the number of pages those readers looked at on our site grew 107 percent.

This growth shows our strategy of growing our digital presence and capability as both a news organization and an advertising provider is working. We just need to maintain the momentum and keep moving forward.

Two recent new additions to our staff here at the Stanly News and Press will help us maintain that momentum. 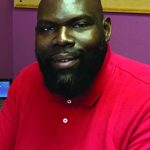 Eric Carpenter recently joined our sales team and has seen some good early success. The native of Winston-Salem and youngest of seven has had a long career in advertising. He started with the Winston-Salem Journal in 1994. He has also worked for the Charlotte Observer, Rock Hill Herald and the Gaston Gazette.

Besides advertising, Eric has another passion. He is a songwriter. He hasn’t had a big hit yet but said he has been in the room where the collaboration happened. His cousin, Patrick Douthit, is a Grammy award winning music producer. Eric has had a chance to sit in on some of his recording sessions.

It is great having Eric on our team. 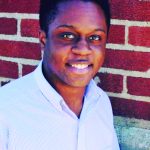 We also recently hired another reporter. Evan Moore has taken the position of Public Health and Safety Reporter. His beat will cover crime and the sociological factors behind those crimes such as poverty, drug addiction and joblessness.

Evan is a recent UNCC graduate. He majored in Communications and wrote for the school newspaper. He grew up in the Lake Norman area.

Evan’s hire gives us the ability to look at crime trends and more actively follow cases through the judicial process. He has already contributed greatly in his first couple weeks here with three front page stories just this past Tuesday.

With these two hires, we are fully staffed and ready to make some good things happen in the coming months.