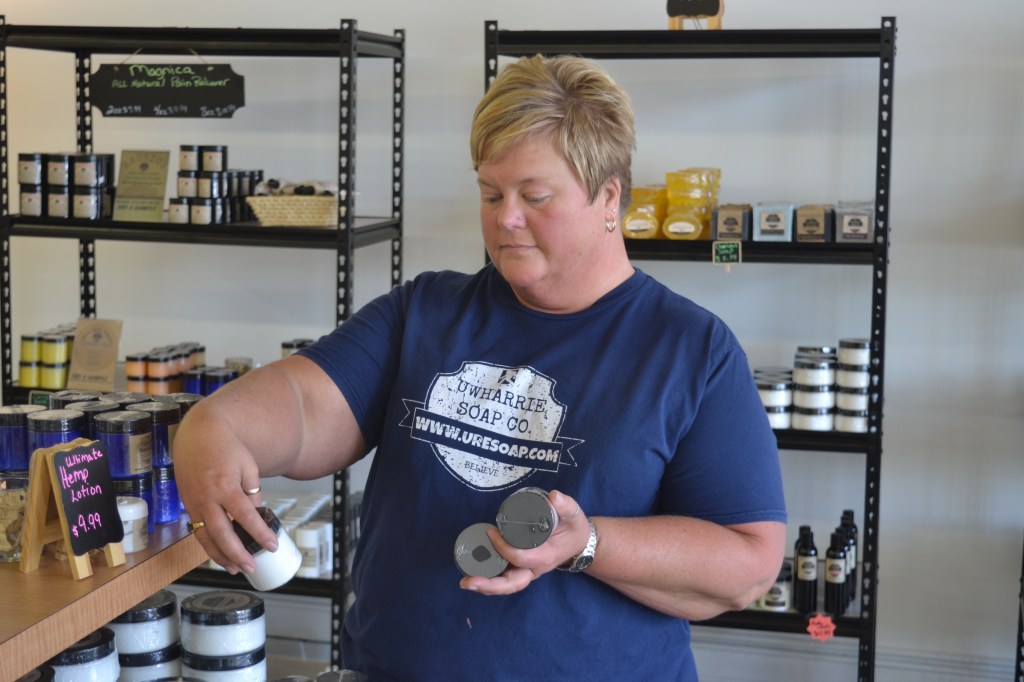 The Uwharrie Soap Company got a clean start when it relocated its Albemarle shop to the downtown area.

The store, which was housed for two years in the Sun Plaza along N.C. Highway 24-27, moved across the street from the Courthouse Square Park.

The Uwharrie Soap Company also has its original store in Troy, which has been around for roughly seven years.

Latham said the move had been in the works for about three months.

“Moving downtown is like our shop in Montgomery County because we’re on Main Street in Troy,” she said. “We kind of wanted something similar for Albemarle.”

The store has about 84 different kinds of soaps — including some for dogs. Her husband Darrell makes the soaps daily in the Troy location. 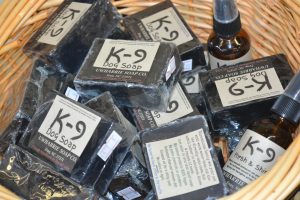 The store even has soap for dogs.

Besides soaps, the store offers shampoos, creams, oils, clothing apparel and even salt from the Dead Sea in the Middle East.

She hopes the store will attract customers who like to come to other downtown shops.

Latham’s favorite part about her business is the interaction with people and helping them pick out products, she said.