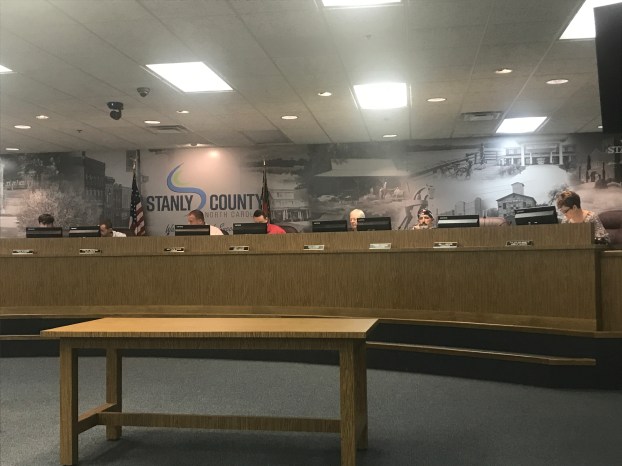 The Stanly County Commissioners unanimously approved First Bank to finance the construction of a new EMS base Thursday evening.

First Bank would lend the County $2.6 million to construct the base over a term not to exceed 20 years and with an interest rate not to exceed 3.19 percent.

First Bank was chosen over Uwharrie Bank and Pinnacle Bank because it offered the lowest interest rate.

The EMS base will be at the corner of Hilco Street and Banard Street in East Albemarle, according to County Manager Andy Lucas.

Construction will begin in August and DR Reynolds is the design-build contractor, Lucas said.

Police are investigating a string of automobile-related incidents that occurred at The Chimneys Apartments in Albemarle Wednesday.  At 1:10 p.m.... read more