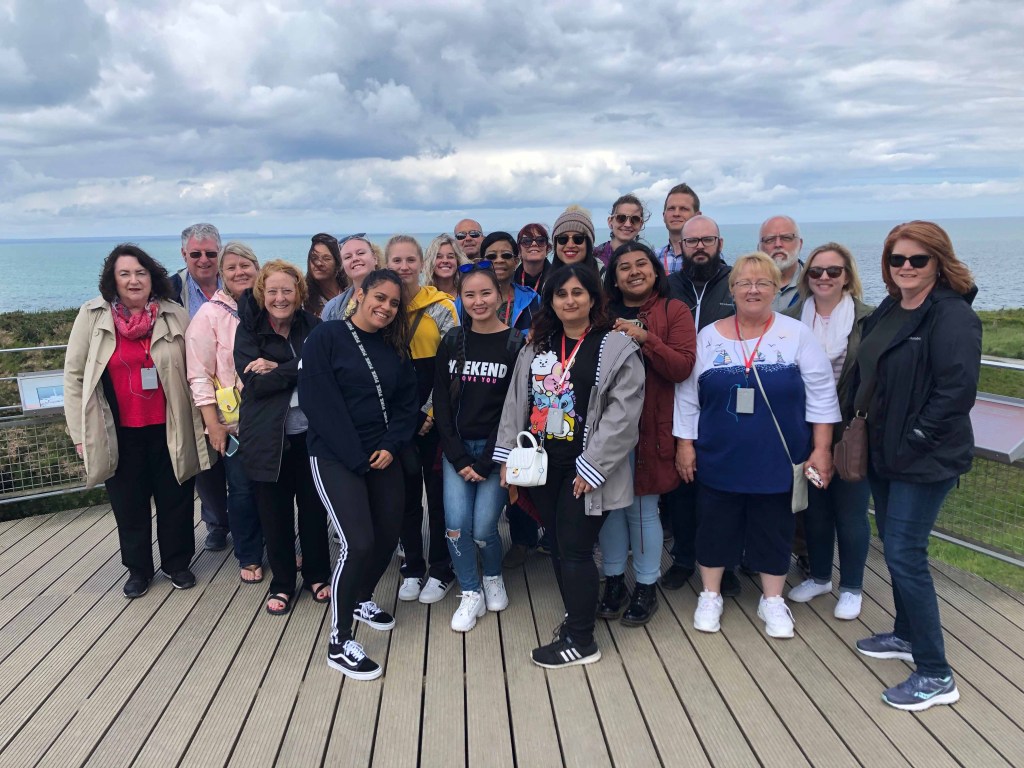 The trip began in Paris, where participants enjoyed the sights and rested after traveling. On the next day, travelers visited the Gothic cathedral of Chartres, the Chateau de Chambord — the largest castle in the Loire Valley — and had a wine tasting in the city of Tours.

Travelers continued to explore the Loire Valley, visiting the Chateau de Chenonceau across the river Cher. They also visited the Chateau d’Amboise to witness the residence whose king Francois I introduced the Renaissance to France and brought Leonardo da Vinci to his court.

Travelers headed to the Mont Saint Michel in Brittany and Normandy, where they spent the night.

On the next day, participants saw the Bayeux Tapestry, woven to commemorate the Norman invasion of England by William the Conqueror in 1066. They visited the D-Day beaches, Sainte Mere Eglise, Utah Beach, Pointe du Hoc, Omaha Beach and the American Cemetery and Memorial.

On their way back to Paris, participants stopped in Giverny where they were able to visit Claude Monet’s former house and eat dinner in a French bistro in Paris.

Participants were able to visit the Eiffel Tower, the Cathedral of Notre Dame, Les Invalides where Napoleon is buried, the Latin Quarter and the Opera district.

Plans are underway for next year’s study abroad trip to Costa Rica, scheduled for June 1-10, 2020.

Information will be available at www.stanly.edu when the itinerary is finalized.