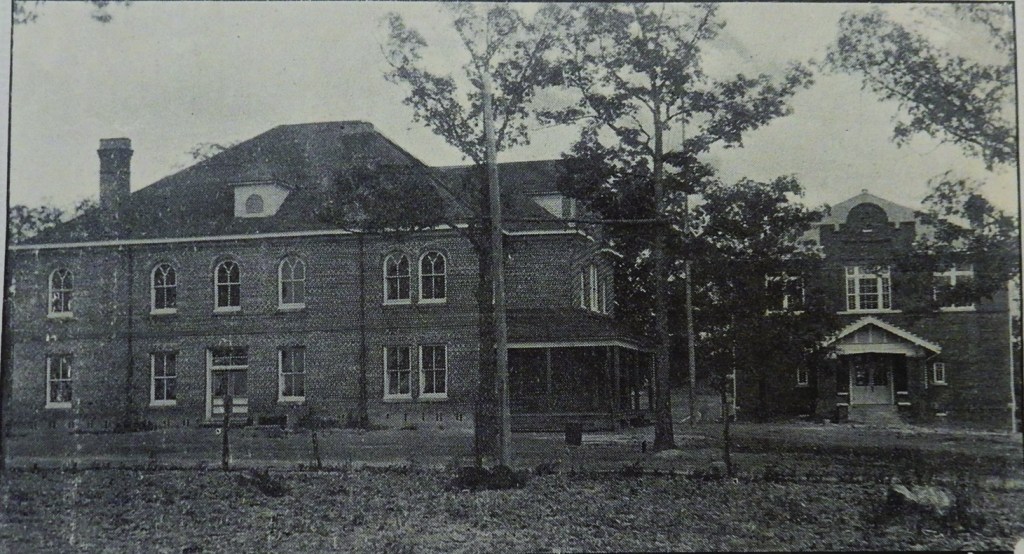 Albemarle Graded School was constructed in the early 1900s. It is now home to Central School Apartments.

The city of Albemarle had a couple of private schools during the late 1890s.

On Feb. 27, 1899, the North Carolina General Assembly authorized the formation of a public graded school. The city purchased the Albemarle Academy at the corner of Third and North streets, had it demolished and a new brick building was constructed in its place.

The building wasn’t completed in time for the first year so nearby rented space was used instead.

The new building opened in September 1900 with about 250 students.

The school continued to grow and as early as 1909 discussions began regarding the need to expand.

A second building, that included more classrooms and a new auditorium, was built in 1911 or 1912 to the right of the original building.

A fire in 1920 nearly demolished the original building. Local contractor D.A. Holbrooks was able to save parts of the exterior walls when he rebuilt the building. Additional classroom space was added at this time. In 1952 a cafeteria and more classroom space were added.

During the early 1960s, the building, constructed in 1911 or 1912 was demolished and a new auditorium and more classrooms were added to the original building.

Central Elementary School stayed at this location until the fall of 2007 when the school was moved to the former Albemarle High School down the street.

The auditorium, managed by the Albemarle Parks and Recreation Department, is used as a performing arts venue for groups such as the Stanly County Historical Society, the Talent Company and others.