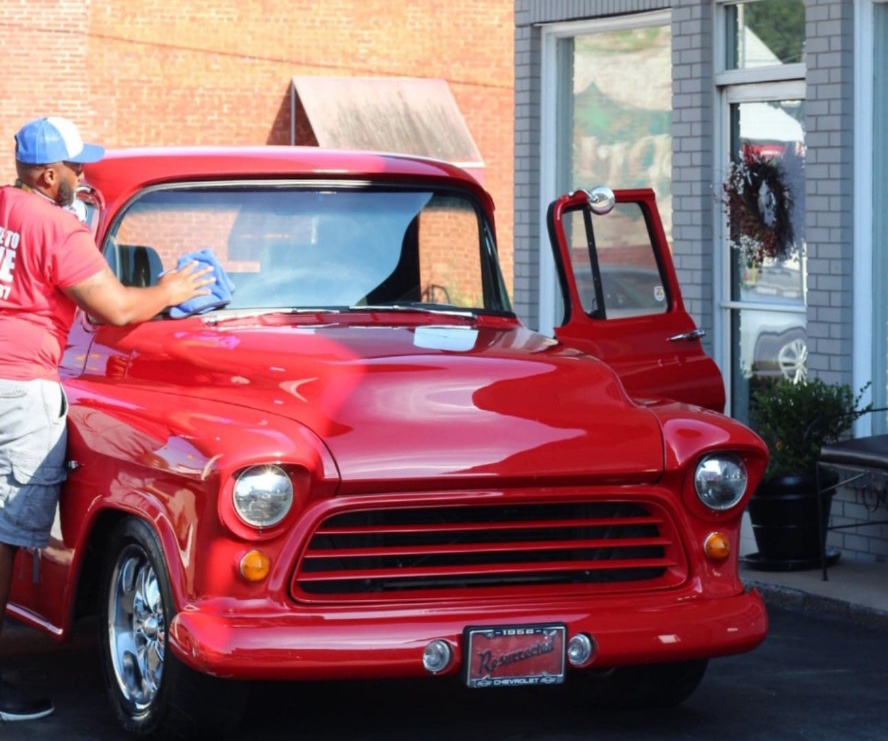 Robert Thompson details a vehicle at MACS in Oakboro. (Contributed)

The last year has been a whirlwind for Robert Thompson.

In that span, he went from working for the City of Albemarle to owning (and eventually expanding) his own car detailing service.

Though a lot has changed for Thompson, one thing has stayed constant.

“I’ve always love to clean cars,” he said. “I love seeing a clean car going down the street.”

The 28-year-old Badin native and North Stanly graduate has always enjoyed cleaning not only his car, but cars of his family and friends.

He has been detailing for about three years. He took several detailing classes and watched detailing videos on YouTube, he said.

Over the years, demand for his detailing services consistently increased to the point where, last July, he had enough clients to open his own business, Thompson’s Detailing. He rents a garage bay at 123B U.S. Highway 52 in Albemarle.

Though he was still working for the city at the time he opened the business, it was not an easy decision.

“It was a tough decision,” he said, “because anytime you walk out on faith, you go from security to you don’t know what’s going to happen.”

He eventually left the job at the city and worked full-time in late December.

Thompson has one other employee, childhood friend Kenyatta Pankey.

He said it has been strange not having a boss and doing everything himself.

“You go from somebody giving you instructions to you figuring out everything and getting your schedule done day by day,” Thompson said.

His barber, Micah Rushing, helped alleviate Thompson’s concerns about owning his own business. He would talk with Rushing about what it is like to be an entrepreneur.

Earlier this year, Thompson decided to expand his operations. In June, he began working in Oakboro out of a former service station at 203 N. Main St. owned by Johnny and Barbara Carpenter. It was recently renovated and is called MACS.

Thompson works about four days a week in Albemarle and two days in Oakboro. He has no set hours; for both locations, the work is by appointment only.

While he said business has been good in Oakboro, he expects customer demand to pick up in the town as more people discover his services. 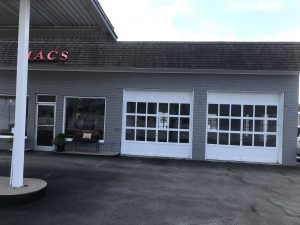 He hopes to hire more employees so both locations can be open during the week.

Thompson will also travel and perform mobile details. He has performed services for clients in Concord and Charlotte.

“They just reach out to me, make an appointment and I can come to them,” he said.

He said there is no real limit to how far he would go to perform a service as long as “the price is right.”

Thompson takes pride in addressing little concerns that often go unnoticed, such as cleaning the lug nuts or the air vents.

“I feel like anybody can make a car shine, but it’s all about the little stuff that people miss,” he said. “The little things make the biggest difference.”

For Thompson, the most gratifying feeling is seeing people smile as they drive off in their clean cars.