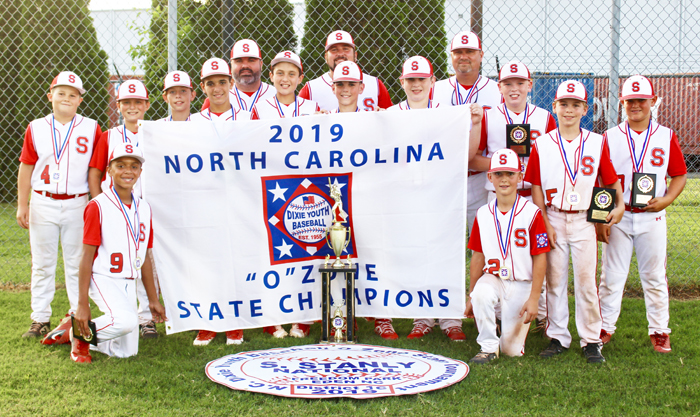 The South Stanly Nationals squad did not lose a game as the team claimed a spot in the World Series by winning the state title.

South Stanly’s National squad will play Aug. 2-8 in Ruston, Louisiana in the Dixie Youth Baseball World Series. The team continued an undefeated streak after sweeping through the district tournament without a loss.

The South Stanly Nationals then took on Lee County, who had fallen to the losers’ bracket having lost in the second round to Lumberton. South Stanly claimed the state title with a 14-4 win over Lee County.

“These kids have played together for a number of years, 7 to 8. The camaraderie of the team is excellent; playing in tournament year after year has made this team really come together,” head coach Aaron Thompson said.

Donations for the upcoming trip to Louisiana are being taken. Those wishing to help may contact Coach Thompson at 704-991-5398.