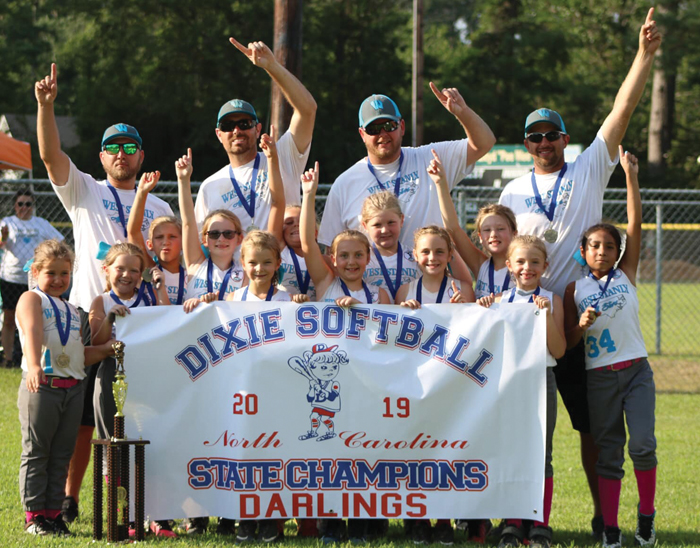 Despite heat advisories and lightning delays, the West Stanly Darlings softball team went undefeated this past week in winning the state title at the Dixie Youth Softball North Carolina State Tournament in Laurinburg.

With the six wins at the state tournament, the Darlings have kept an undefeated streak going after sweeping through the district tournament without a loss.

The team will travel next weekend to Eufola, Alabama, to play in the 2019 Dixie Youth Softball World Series.

West Stanly opened with a 14-2 win over Pembroke and followed it with a 11-3 win versus Hope Mills.

West Stanly first got a rematch with Burgaw, winning 14-10, then took on East Columbus in the championship finals.

A Facebook fundraising page has been set up for the team to offset costs for the trip to Alabama as well as gift baskets the team will provide to other teams at the Series with North Carolina produced items. The page is listed under “West Stanly Dixie Softball All-Stars.”