Driver crashes into building on U.S. 52 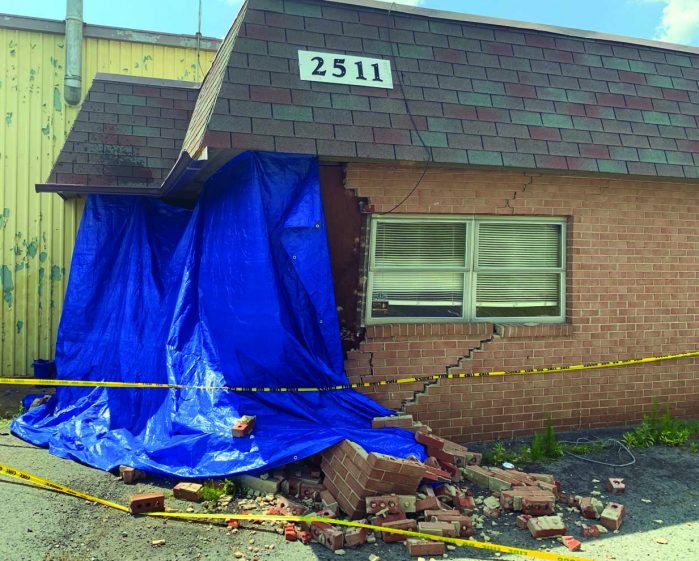 A driver crashed into this building along U.S. Highway 52 Monday.

Albemarle police are investigating an accident where a driver crashed into the side of a building along U.S. Highway 52 Monday night.

Around 10:15 p.m., a driver was traveling north on U.S. 52 when he crossed into the left lane and clipped another vehicle, causing it to spin out, according to Albemarle Police Department. The driver then traveled 191 feet off the roadway before striking a utility pole.

The building, owned by Carolina Welding, has $5,000 worth of damages. Police said the driver also caused more than $5,000 in damages to each vehicle and $500 to the utility pole.

The driver of the car that was hit initially was 23-year-old Eric Ambrosio. He was transported to Atrium Health Stanly and treated for his injuries. It is unknown whether he has been released.

The driver who caused the accident has been identified by police as 22-year-old Dalton Khan of New London.

Khan has not been charged, however, police are still investigating the incident.