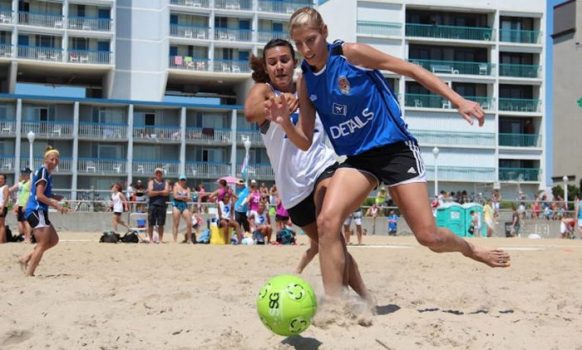 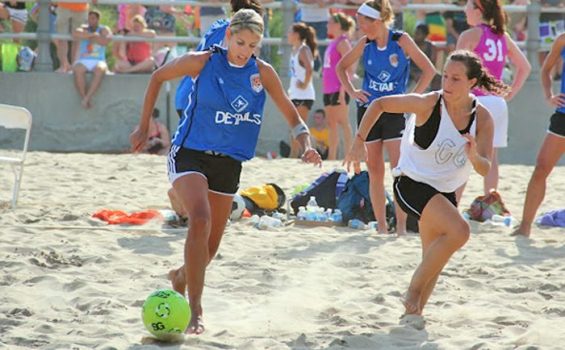 The love of soccer brought them together. Now, five Pfeiffer alums are sharing the spirit of the sport with others through their involvement with Peacepassers.org, a non-profit that connects children in underserved communities with gently used soccer gear.

Alejandra Buchanan Miller, who graduated from Pfeiffer in 2003, has spent the past 13 years of her career working for Adidas. So she knows, firsthand, that soccer gear isn’t cheap.

“We’re talking about $200 for a pair of shoes,” she said. “That’s not exactly accessible to everyone.”

But Miller, who fell in love with soccer at age 5, also understands the joy and sense of community that soccer can bring.

“I can look back and say that soccer shaped my college years,” she said. “Soccer is where my lifelong friendships started.”

While at Pfeiffer University on an athletic scholarship, Miller joined the women’s soccer team, which racked up three state cup championship titles in the next three years. Through the women’s beach league team, she also met Candace Murray, a rival soccer player from Queens who would later become the founder of PeacePassers.org.

Murray was a “great player,” Miller said, and the women quickly became friends, despite the school rivalry. Miller said it was a “natural” fit for her to get involved with PeacePassers.org when Murray created the charity in 2008.

Miller and four other women from the former Pfeiffer team— Natasha Kittrell (’04), Cori McHugh (’02), Marissa Thomas (’03), and Nicole Baird (’03)— had continued playing together in a women’s beach soccer league. They started wearing PeacePassers jerseys when they played in tournaments to raise awareness about the cause.

“Everyone in Charlotte is aware of PeacePassers because we’re very involved and very competitive,” Miller chuckled.

The team also represented the charity internationally at the Montreal Beach Soccer Tournament in 2012, when they earned a second-place finish after competing with teams from Mexico, Canada, and Brazil.

Murray, the executive director of PeacePassers.org, said the Pfeiffer alums’ acting as “brand ambassadors” has greatly increased the number of people the charity reaches.

“They recognize that soccer has given them so much, and they’re very passionate,” Murray said. “Their representation has been a creative and resourceful way to make the charity more visible.”

McHugh said the friendships she formed through soccer at Pfeiffer and the opportunity to give back through PeacePassers.org, “can’t be matched.”

“This foundation all started with Pfeiffer,” McHugh said. “We are fortunate to have cherished the last 20 years, from the days at Pfeiffer until now, sharing in our love for the game.”

Kittrell credits Pfeiffer for giving her “the confidence to do what I love.” After graduating with a business administration degree, she went on to become an assistant coach at both Queens University and Western Carolina University, and she currently serves as a director of fitness and recreation for a country club in Highlands, North Carolina.

Kitrell has paid her gratitude forward through PeacePassers.org by representing the charity through the soccer team and also donating team sets of uniforms and other gently used soccer gear.

“Seeing the joy on the children’s faces when receiving new uniforms or soccer balls is a great feeling,” Kittrell said.

“To be able to give back to the community through the game, to give gear to these children in underserved areas, it’s very nice to support a charity that does that,” Miller said. “It’s an awesome charity, and we get to support it by doing what we love.”

Since its creation, PeacePassers.org has connected more than 50,000 pieces of soccer gear to children in more than 100 countries worldwide. To learn more about PeacePassers.org or to get involved, visit the nonprofit’s website at www.peacepassers.org.