LAST OF THE BREED: Ritual Team in need of members 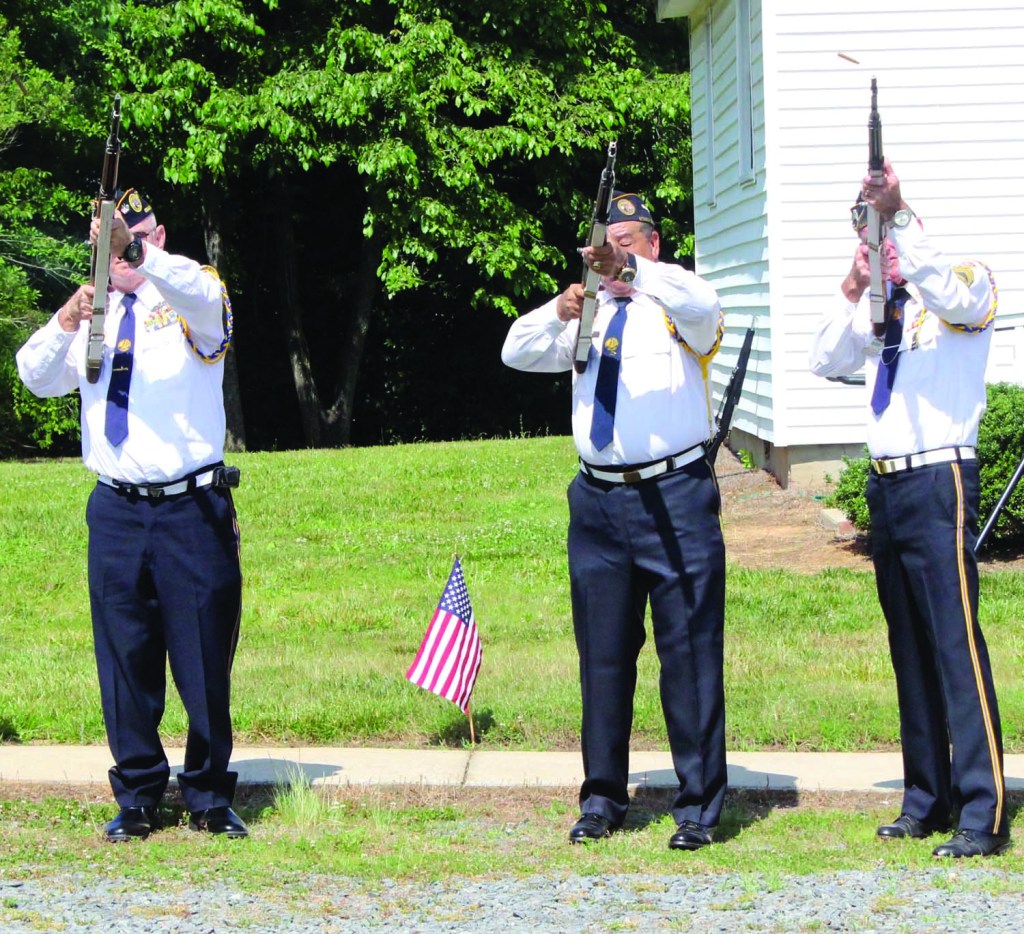 The Disabled American Veterans Ritual Team is wearing out.

The Ritual Team only has nine members, Stanly County DAV Commander Al Megill said. Most members are older, with the youngest member in his mid-60s.

With four parades a year, its annual car show, providing military honors at funerals and more, the team stays busy. But it is difficult when a handful of people handle so much, Megill said.

With the team small and aging, it needs to add new members.

“What we’re trying to do now is regroup, and we’re going to see if we can recruit members from other organizations who can help fill in,” Megill said. “And then we’ll have to jump through more hoops because we don’t know how state DAV and national DAV will feel about that.”

In addition to participating in parades, veterans shows and its largest fundraiser — the car show, the DAV assists veterans in finding services and offers transportation for veterans going to VA appointments.

The DAV purchases a van for $1, then sells it to the VA. The VA insures it and takes care of maintenance. The DAV gets approved drivers to handle transportation for veterans. The DAV also helps veterans financially when able.

“Once in awhile we’ll stop at one of the restaurants or something to get a bite, and somebody will pick up our check there, but that’s about all that ever happens,” Megill said.

Megill said the Ritual Team has provided military honors during funerals up to seven days in a row.

“The past couple months we’ve been pretty inactive,” he said. “Up until the past couple of months, we were still doing nine or 10 funerals a month. And then it got so the members were burned out. There are nine of us, and to do it that much and neglect other stuff that you have to do for yourself is really hard.”

Megill would love to see younger members join, but said most eligible younger veterans are busy with children and jobs. He believes the problem is widespread.

“When you go to the conventions and the conferences, it’s mostly older veterans,” Megill said. “The younger veterans are the minority. I think all of the organizations are having the same problem.”

In January, The New York Times reported that Veterans of Foreign Wars and American Legion posts have seen declining membership and funding. Part of this is due to an increase in veterans group options, with many catering to younger members.

In addition to busy younger veterans, Megill said he thinks the DAV needs to get the word out that they exist and need members.

“I think it’s just a lack of awareness, I really do,” he said. “And like I said, with the DAV, what we do is we help other disabled veterans who have claims to be put in to get disability payments and stuff like that. That’s our main thing. We get younger ones coming in that have problems, but they don’t want to be a part of the membership because they don’t have time. We hear that a lot: ‘We don’t have time for that.’ ”

That means turning to other veteran organizations for recruits and seeking approval from the state and national DAV.

“We’re in a talking stage,” Megill said. “We’re discussing it… I’m the commander in Chapter 12. I’m going up (to the state convention) and I’m going to bring it up to the people who should know and see what we’re going to do.”

Even veterans too busy to join the DAV Ritual Team may enjoy grabbing coffee and chatting with other veterans. At 8:30 a.m. on the second Saturday of each month, the DAV hosts veterans for coffee, doughnuts and conversation at its headquarters, 1540 N.C. Highway 24-27, Albemarle.

Sometimes, veterans might have the feeling that they did not do as much as others. Megill said the event is open to older and younger veterans alike, and those who have never seen combat are as welcome as those who have.

“I know some have felt that way,” he said. “I think there’s some of that, but we try and get around that. You did a purpose in the service the same as everybody else. You are the same. You signed that same check as everybody else did. Just because you didn’t have to go somewhere where you might cash it doesn’t make you any different. Your war stories might be local stuff, because it’s funny. The war stories turn into talking about funny things that went on with officers, or other guys, or off-base, and that’s the good thing… At one time it was that way.

“When the Vietnam era came back, a lot of the Korea and WWII veterans kind of shunned them away because they didn’t consider them real veterans,” Megill added. “Why, I don’t know. To us, that’s changed because we’ve lived through that. We understand that that’s wrong. Everybody did a job in the service. Everybody who’s a veteran is a veteran, no matter where you were or what you did.”