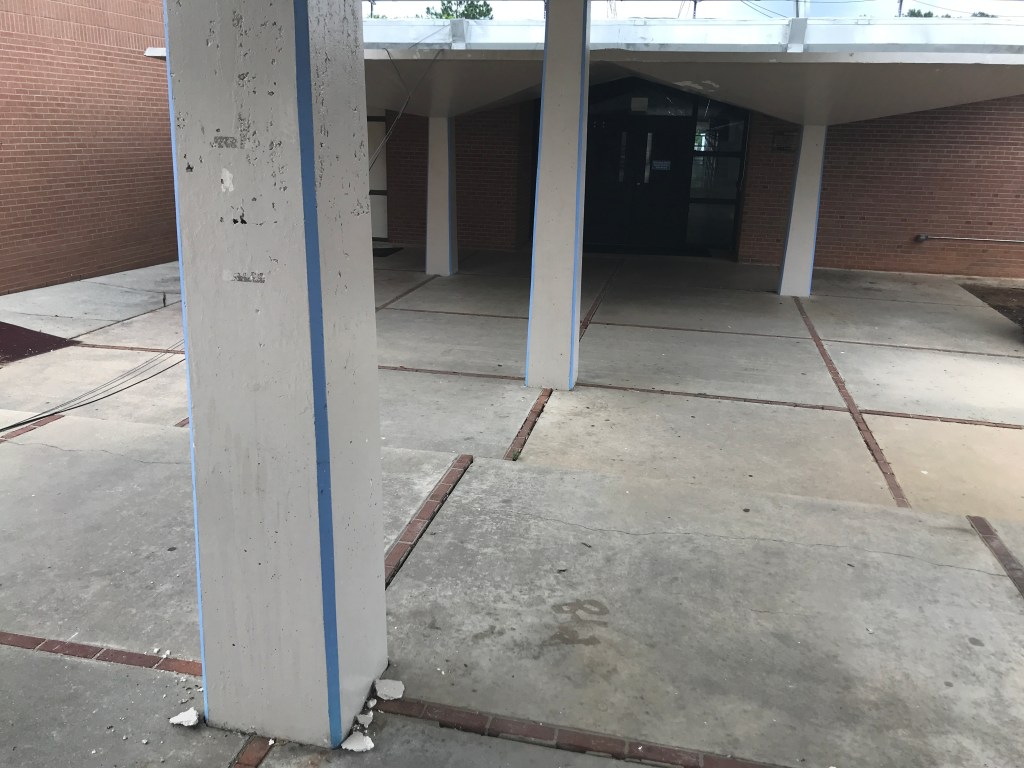 North Stanly High School will be replacing its cement columns with new awnings after the columns were found to be structurally compromised.

About a month ago, painters were scraping and repainting the columns when chunks of cement began to fall, Principal Dr. Randy Mann said.

After Whitley Engineering conducted an analysis of the columns, fractures were discovered throughout all of them. Pinnacle Architecture also surveyed the columns.

Mann said the Pinnacle architects told him a “catastrophic” failure could happen at any point due to the compromised columns, which have been around since the school was built in the early 1960s.

“Safety is paramount for out students,” Mann said.

“Trying to repair them would just be a ‘Band-aid’ that would have to be repeated again and again,” the school’s Facebook page stated on Sunday. “The columns will never be able to be repaired to their original state.”

The columns will be demolished and the awnings will go up in their place, Todd Bowers, SCS director of facilities and maintenance, said. The demolition process should start next week. The material for the awnings have been ordered and should arrive within 6-10 weeks.

New awnings will be constructed after school starts back in August. They should be fully in place around Christmas.