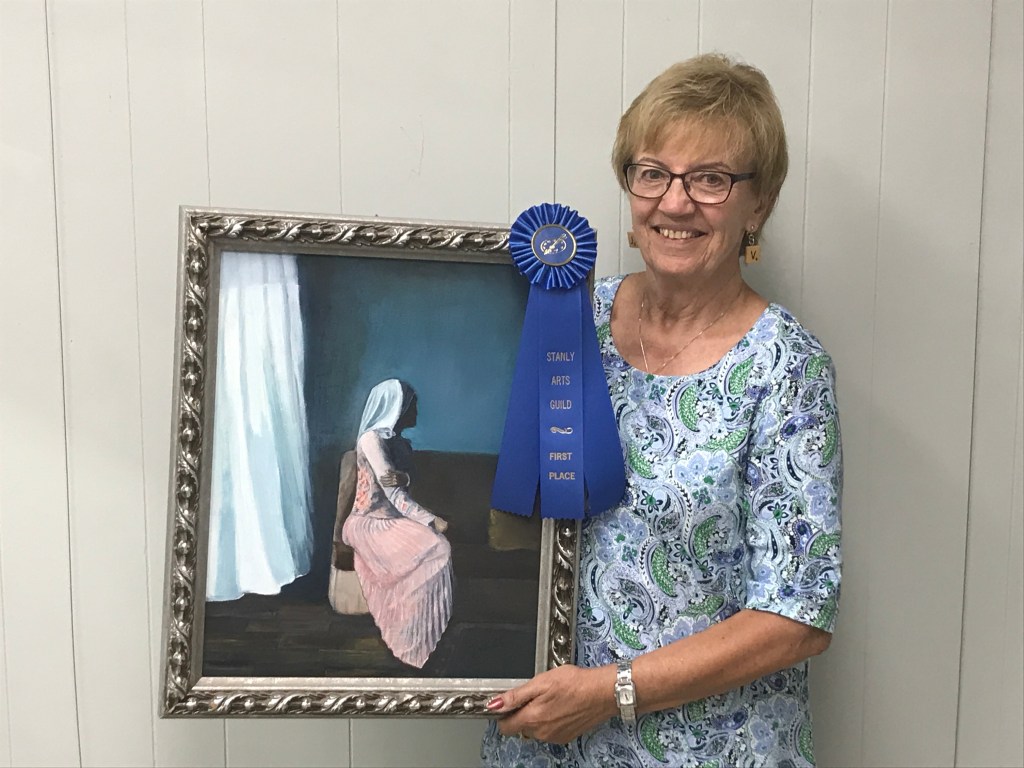 Jutta Vest with her piece "Lost in Thought," which won first place in the 2-D category of the Summer Art Explosion Show.

The Stanly Arts Guild has brought 2-D art, 3-D art and photography together for its annual Summer Arts Explosion.

There are 87 entries from 36 artists in the show, which continues through Aug. 10.

“It’s doubled what we had from two years ago,” said Jaclyn Layman, one of the organizers of the event.

“The show is special because it brings a lot of artists together from all around Stanly County and outside counties,” Layman said.

Jutta Vest is one of those artists.

The Concord resident won first place in the 2-D category for “Lost in Thought,” an oil painting.

Her painting is a combination of several photos, she said.

“I called it ‘Lost in Thought’ because she looks like she’s just sitting there thinking of something,” Vest said.

Painting is relaxing to Vest. It allows her to “let her thoughts go and just have fun.” 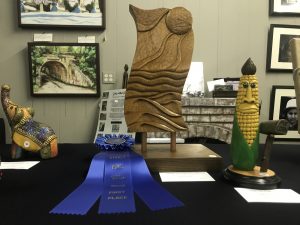 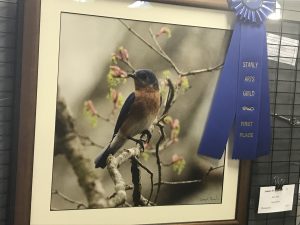 “The purpose of the show is to show the public the art that’s out there and the artists a lot of people don’t know that we have,” Layman said. “There is a lot of art in our county.”