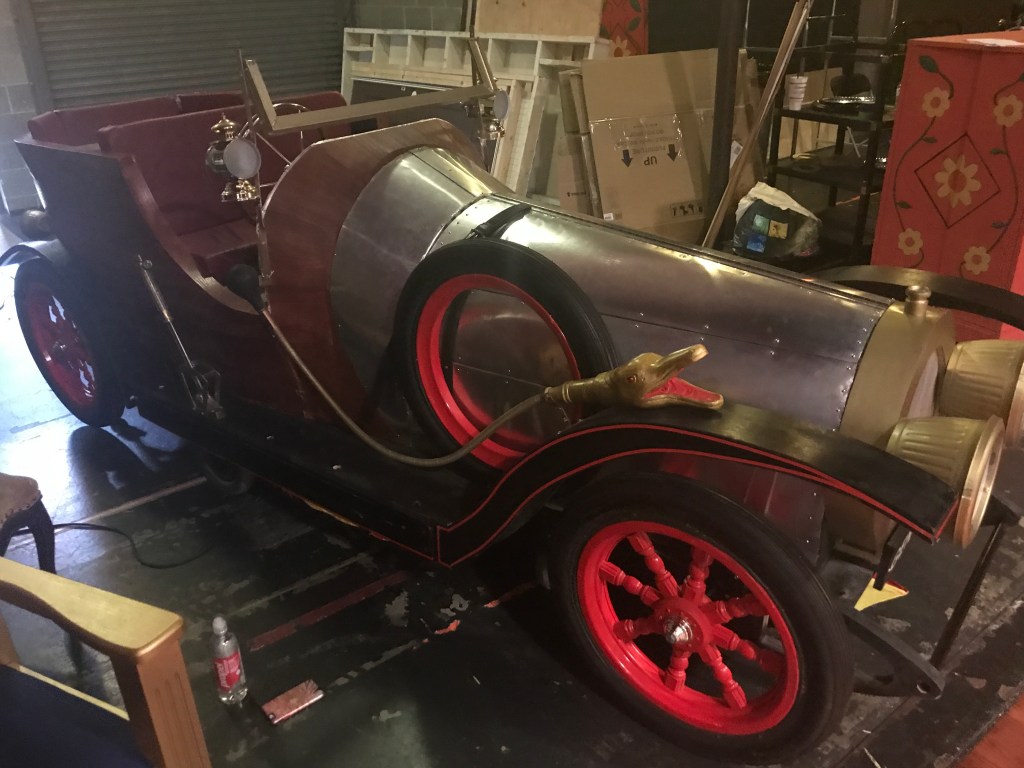 The Uwharrie Players are about to set flight with their latest production, “Chitty Chitty Bang Bang.”

Based on the Ian Fleming book and the classic 1968 film featuring Dick Van Dyke, the play focuses on the adventures of British inventor Caractacus Potts, his two young children, the beautiful Truly Scrumptious and their magical car.

The Uwharrie Players have been trying to perform the play for a while but “it’s just a really hard production to put together because there is a flying car,” said director Gina Clarke.

The group found a solution. They discovered VOS Theatre in Canada, which let them rent all of the props, including the car — which, when flipped around, turns into a boat and has built-in wings.

“It exceeded our expectations,” Clarke said about the car. “We had a vision in our head about what it would be, but when it actually got here…our jaws were on the floor.”

“Chitty Chitty Bang Bang” represents nostalgia for many in the cast who grew up loving the movie, Clarke said. She added the play stays faithful to the film.

Members of the cast, which totals around 40, have been practicing since May. 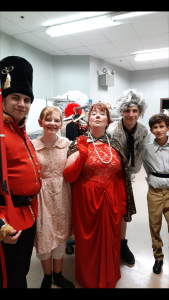 “We work more like a family that’s been working together for years than we do a cast that’s only known each for other three or four months” Clarke said. “We’ve really been a team.”

“I’m still pinching myself that I’m playing him,” Poplin said.

This is his second time portraying a classic Dick Van Dyke character. He was cast as Bert the chimney sweeper in 2017’s “Mary Poppins.”

This will be Poplin’s ninth show with the Players.

Hart said while all of the songs — such as “Chitty Chitty Bang Bang” and “Toot Sweets” — are in the play, there will be several new musical additions.

“It’s a lot of pressure to do them well, but you also want to bring your own influence,” Hart said.

While Hart grew up with the movie, Poplin said he first watched it two months before auditions. He is now a big fan.

The pair of actors have studied the movie for suggestions on how to play their characters.

Poplin wants to bring his own take to Potts, but he was impressed with Van Dyke’s facial expressions and energetic performance in the song-and-dance number “Me ‘Ol Bam-Boo.”

“I tried to get some material from her body language and her personality,” Hart said of Sally Ann Howes, who played Scrumptious.

For Poplin, the play is about much more than a flying car.

“It’s about family,” he said, “a single father raising two kids who wants to do the best for them.”

Clarke hopes audiences have fun but walk away feeling like the cast did the book and movie justice.

Clarke said one of the best parts about producing the play has been the cast.

“I have never seen any cast with so much heart and so much passion for what they’re doing,” she said.

The play opens at 7:30 p.m. Friday at the Stanly County Agri-Civic Center, followed by 7:30 p.m. Saturday and 3 p.m. Sunday shows. The show continues at the same times the next Friday through Sunday.