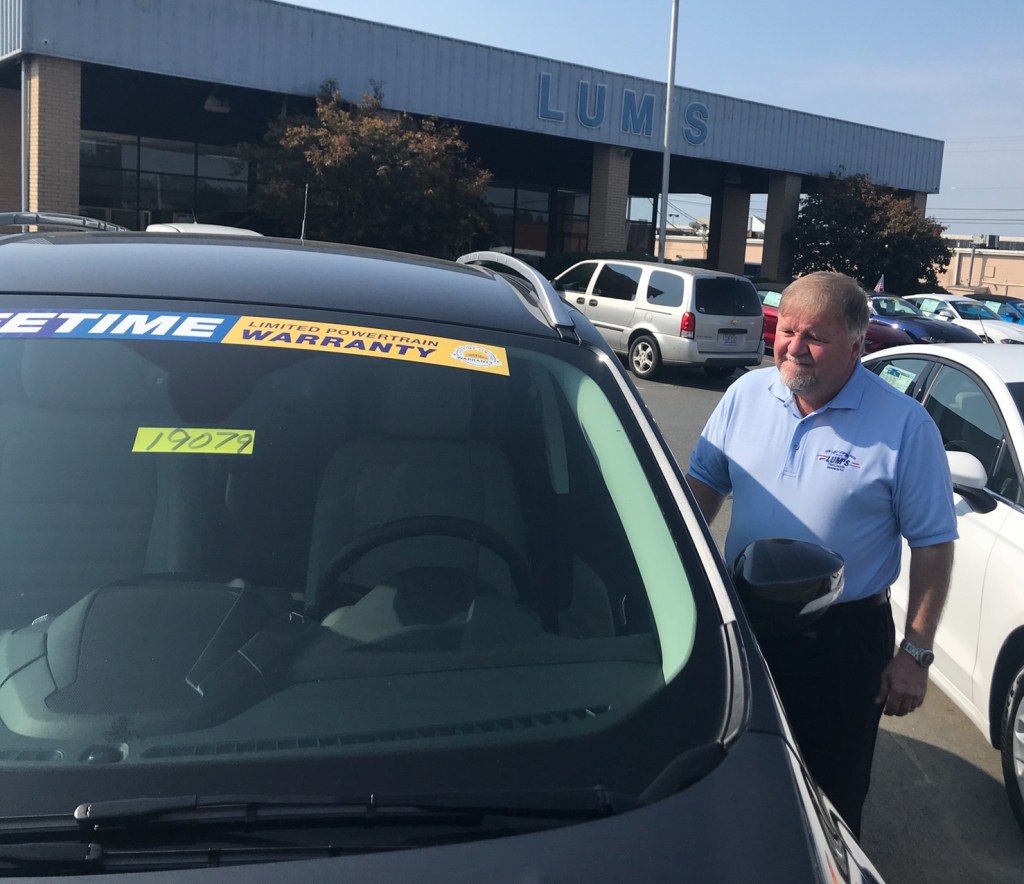 Lum's Ford president Doug Hinson examines one of his cars. Hinson has sold the business. Beginning Thursday, it will be Joe Maus Ford.

All good things in life come to an end.

Lum’s Ford, the family-owned car dealership that’s been a staple in Albemarle for 36 years, has reached its ending.

Lum’s Ford was the longest continuously-owned dealership in Stanly County. The company sells not only Ford vehicles but many rental and pre-owned cars as well.

“It’s the end of an era,” said part-owner and president Doug Hinson, who is retiring.

He said leaving the place where he has worked for more than 25 years will be “bittersweet.”

Hinson, who has lived in Oakboro his whole life, has been around the car business since 1961, when his father started Oakboro Auto Sales.

His father entered the car business with noble intentions.

“My dad looked at his business as a way of helping people,” Hinson said. “His goal was to be able to provide affordable transportation for people.”

The car business has certainly changed since his father’s time.

“My dad told me when he started in business in the 1960s, he could sell a car and have a customer driving down the road in five or 10 minutes,” he said. “There was so little paperwork.”

Hinson is proud of the company’s strong relationship with the community.

Lum’s Ford has been active in helping with many fundraisers and benefits over the years.

Hinson is most grateful to the customers, many of whom continue to come back to Lum’s Ford.

“We treat people the way we want to be treated and we’ve just never changed from that,” Edwards said.

Edwards, who has been with the company for 25 years, will also retire.

“It’s been a good long ride,” he said, “and I’ve enjoyed every minute of it.”

Through all of the years working in the car business, Hinson has consistently leaned on his deep religious convictions.

At the start of each day, he makes time to pray for both his employees and customers.

“My dad always taught me that no matter what business you have, God owns everything,” he said. “What we leave behind is the relationships we made, the friends we made and the things we’ve been able to do help people. That’s been our focus.”

Hinson is most proud of his father’s legacy which he says still lives on within the community.

“Anywhere I go, I run into somebody that…has a story to tell me about my dad and about how much he meant to them,” Hinson said.

Hinson said he appreciates the support of his employees (whom he regards as family) and customers and especially the city of Albemarle and Stanly County.

While Hinson is sad to walk away from his business and his employees, he is looking forward to retirement.

He plans to spend more time with his wife Sheila and grandchildren, volunteer at his church in Oakboro and travel.