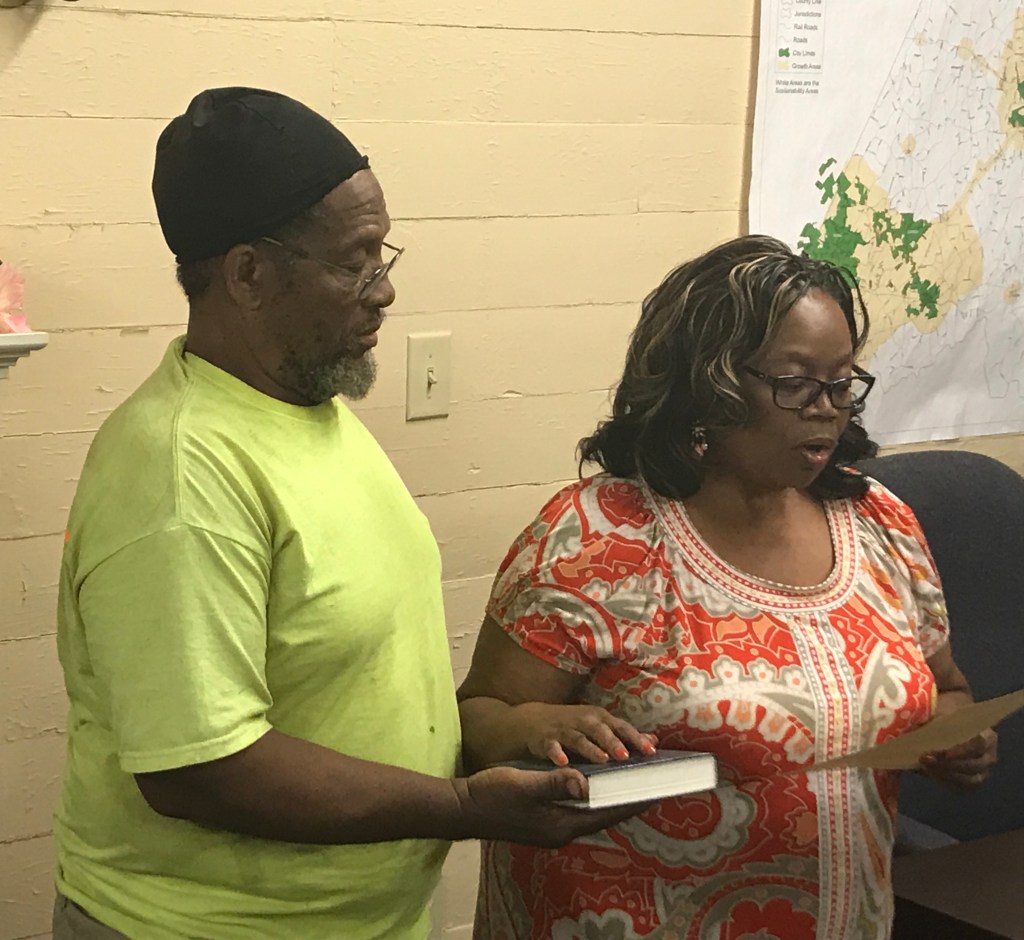 Faye Love getting sworn in, alongside her husband Ronald, as Stanfield's newest town commissioner Thursday night.

Commissioner James Griffin nominated Faye Love to replace Rick Williams, who resigned during the June meeting due to his family’s move to Lake Tillery.

The council decided to add a fifth commissioner because too much pressure was placed on Mayor Kevin Barbee to break a tie with a four-member council.

“It gives us more opinions and more things to consider when we have a full council here,” Barbee said. “With five people instead of four, you get a little bit more diversity.”

Love will take over Williams’ administrative role, which involves monthly status reports regarding the town’s finances.

“It feels fantastic,” Love said. “I feel good knowing I’m able to serve the town that I live in and I hope that I do a good job.”

She had an idea she would be nominated during the meeting but wasn’t sure.

Love, who is from Badin, has lived with her husband Ronald in Stanfield for 10 years.

Now retired, Love worked in the department of social services in child welfare services in Stanly, Union and Mecklenburg counties.

The council is also collecting school supplies for Stanfield Elementary for the upcoming school year.

The supplies can be dropped off at the Stanfield Town Hall.

The next regular council meeting is Sept. 5.