#ThrowbackThursday — Students who made Pfeiffer history

With the start of the new school year approaching, here is a brief story about two important students in the history of Pfeiffer University. 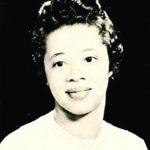 Aline Sroufe was originally from Ohio. In May 1848, she married Essex Noel. The following month after he received his medical degree, they relocated to North Carolina. They lived briefly in Durham and Wadesboro before settling in Albemarle in 1949.

During this time Aline attended school at the University of Cincinnati, Fisk University and North Carolina A&T.

She also worked as a teacher at the Kingville School in Albemarle.

During 1958 she applied and was accepted to Pfeiffer College. Noel became the first African-American student admitted to an all-white, four-year church-related school in North Carolina.

She enrolled as a junior and commuted from her home in Albemarle until graduating in 1960 with a degree in business administration.

She and her husband moved to Greensboro that same year. Additional information about her life has not been found but she passed away May 5, 1993 in Maryland. 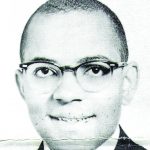 George Singleton is believed to be the first black student to live on the Pfeiffer campus. He came to Pfeiffer in the mid-1960s and graduated in 1968.

Singleton attended Pfeiffer on a singing scholarship and continued in that field after graduation.

Singleton studied at The American University and Opera School of the Mozarteum in Salzburg, Austria. He sang as a member of The Singing Sergeants, the official chorus of the U.S. Air Force, the National Symphony Orchestra and the D.C. Civic Opera. He also appeared on a PBS broadcast of “A Capital Fourth,” where he performed the National Anthem.

Singleton resides in Maryland, where he has served his church as a soloist and director of the children’s choir for more than 30 years.

His business, Singleton Studios, has allowed him to promote both his singing and also award-winning photography.