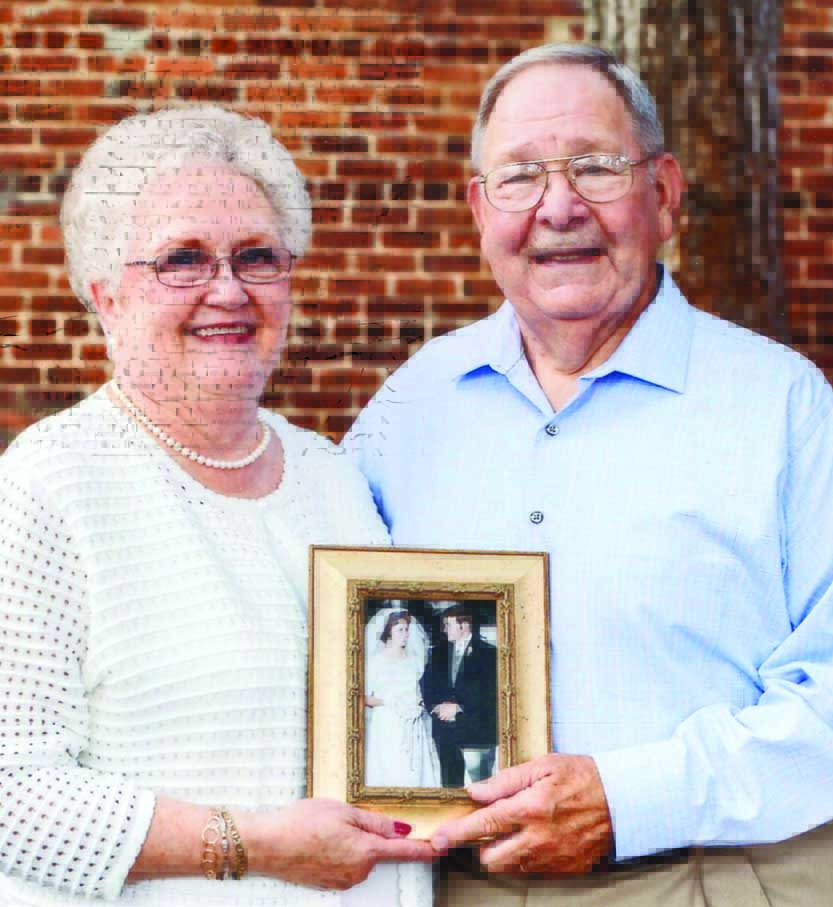 Mr. and Mrs. Edwards were married on June 7, 1969 at Thomasboro Baptist Church in Charlotte, with the bride’s grandfather, the late Rev. Clarence L. Pickler of Albemarle, officiating.

Mrs. Edwards is the daughter of the late J.D. and Joyce Hathcock Pickler of Randleman, formerly of Oakboro and Albemarle.

Mr. Edwards is the son of the late Jesse Clifton and Helen French Edwards of Kinston.

Attending the celebration was their daughter, Elizabeth “Beth” Morgan Edwards Holland, her husband, Jeffrey Lyle Holland, and their son, Clifton Lyle Holland, all of Valdese.

The evening began with family photos made by Maggie Conner.

On display during the celebration was their wedding invitation, wedding album and a wedding picture of the bride and groom.

To celebrate the occasion, a cake cutting was held following the meal, along with the reading of the couple’s wedding article by Lynn’s sister, Leisel.

On April 16, 1966, the couple met on a blind date during their freshman year of college, introduced by Eloise Helms Hicks of Charlotte, formerly of Oakboro.

In addition to the newspaper article being read, Lynn’s niece, Jennifer, read the first letter Cliff wrote to Lynn following their first date.

As a remembrance of their golden anniversary, each couple was given a gold-framed photo of the bride and groom on their wedding day.

After Lynn retired from Kinston Surgical Associates, PA as office manager, and Cliff from Arendell Parrott Academy in Kinston as a math teacher and coach, they moved to Oakboro.

They now live on a N.C. Century Family Farm that has been in her family for more than 150 years.