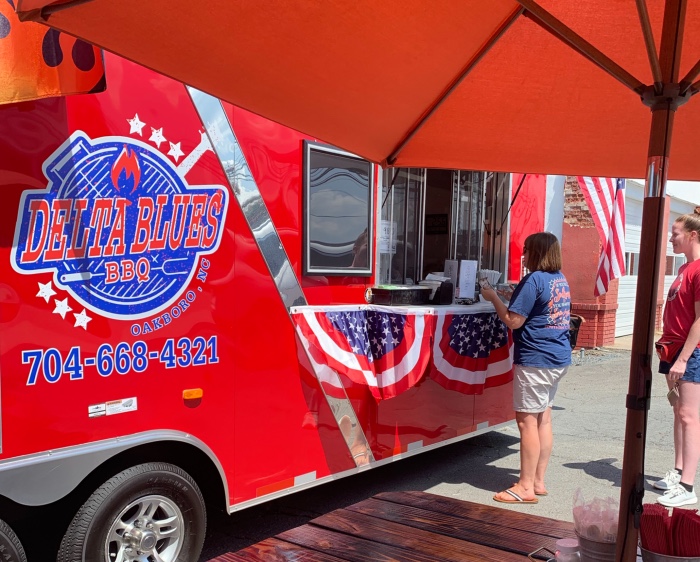 A new food truck in Oakboro is serving some Memphis-style ‘cue with a side of blues.

Though Delta Blues BBQ has been in Oakboro since June, it is proving to be a popular go-to spot for many people in the town.

“This has been a lifelong dream for me,” said owner Alan Taylor, who was in the Army and worked in the corporate world before transitioning into barbecue.

The truck serves barbecue staples like pulled pork, ribs, brisket and smoked sausage, cooked over wood coals in a bright-red food truck at 402 N. Main St. There are four large picnic tables beside the truck for people to sit and eat.

Unlike traditional Lexington-style barbecue, which uses a vinegar-based sauce, Delta Blues utilizes a dry rub on its meats. While North Carolina barbecue is often chopped, Delta Blues pulls its barbecue. 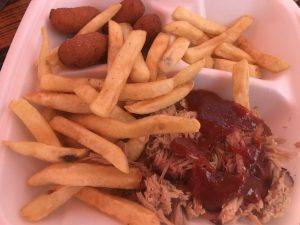 “We try and cater to a wide variety of people,” Taylor said. “Give them a taste of outside the Carolinas but yet still give them the familiar favors.”

Before he opened the Oakboro location, Taylor was traveling North Carolina, South Carolina and Virginia in his trailer competing in and catering at events.

“It has been a blessing,” Taylor said. “Everybody from the town of Oakboro…has been super supportive of this business.”

The success is not surprising, since Taylor, who grew up in Memphis, has been around barbecue for most of his life.

“Being in Memphis, there is a barbecue joint on every corner,” he said.

When he was a kid, his mother managed Coleman’s Bar-B-Que in Memphis, and he worked there loading and unloading pits.

“That is where I fell in love with barbecue,” Taylor said. 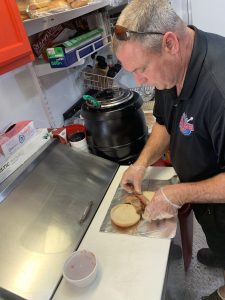 Taylor, his wife, Teresa, daughter, Heather, and son-in-law, Chris, are renovating the old Atlantic service station, which will house the future home of Delta Blues. He said he thinks the station has been around since the 1930s.

Taylor plans to open the new space sometime in the fall. 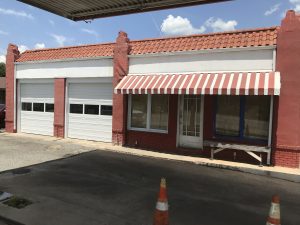 The old Atlantic service station will be the new home for Delta Blues BBQ in the coming months.Taylor, who grew up listening to the Blues with his father, often listens to the music as he cooks the food. He plans on playing it when the building opens as well.

“Blues music is another passion of mine,” he said, adding that he feels like Blues and barbecue are intertwined with one another.

Though he has only lived in Oakboro for about three years, he already considers it home.

Taylor said when he first drove down Main Street looking for a prospective house, “it was like a Norman Rockwell town, it was just so beautiful.”

“I could have opened this anywhere I wanted to,” in the county, he said, “but I wanted to be part of the Oakboro community.”