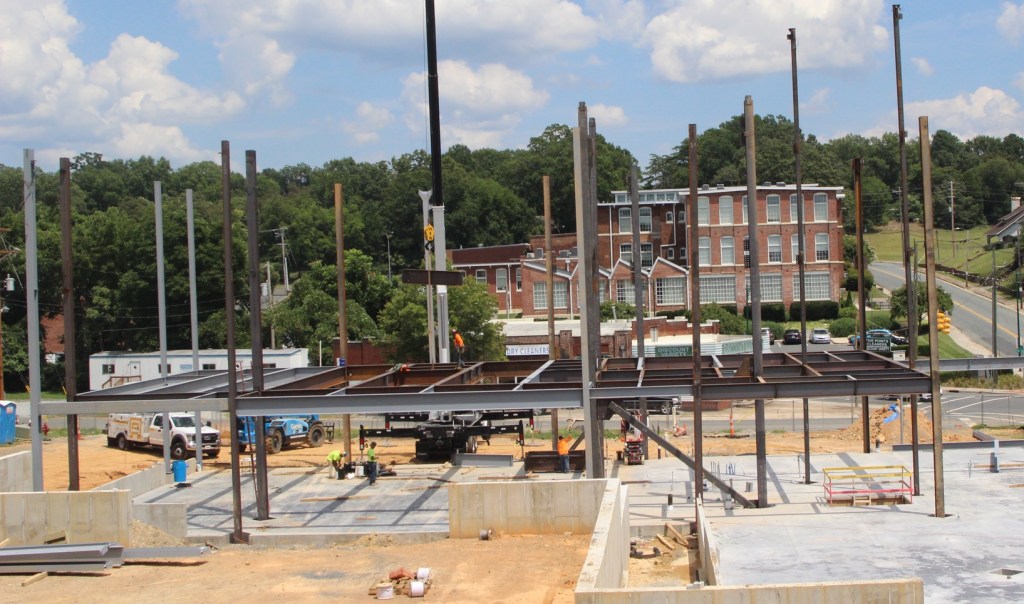 Pfeiffer University has set a fundraising goal for its new campus in downtown Albemarle — and it is looking to county residents and outsiders to come together for the cause.

Pfeiffer has raised around $1.3 million in confirmed gifts and pledges for its new health sciences graduate facility, according to President Dr. Scott Bullard.

The funds would be used to pay operating costs for the two health science programs (physician’s assistant studies and occupational therapy), including the salaries of the instructors and the curriculum for the two programs, Uwharrie Capital Corp. CEO Roger Dick said. Dick is a member of the university’s Board of Trustees.

The programs will begin in 2020 and transition to the new downtown Albemarle facility in August. Bullard said hundreds of people have already applied for the physician’s assistant studies program, which will only accept 24 applicants.

Around 200 students a year are expected to occupy the downtown campus.

Bullard said it is expensive whenever a university expands its course offerings.

“Anytime a university tries to transform itself from a traditional liberal arts college into a university offering graduate programs, there are unexpected costs,” he said. This includes hiring new faculty and applying for level changes in relationship to the university’s accreditation.

Bullard, Bramlett and Dick are members of the Center for Health Sciences Campaign Committee, a group that meets each Wednesday to discuss fundraising.

“The weekly meetings have basically been planning sessions that we’ve been having…to ascertain all the capital needs and other resources, but primarily putting together the informational and educational pieces to help communities understand the importance and the impact,” of the facility, Dick said.

The group believes Pfeiffer and the county have a mutually-beneficial relationship.

The group began before Bullard, who has been president of Pfeiffer for two months. Other members include Marshall Rogers, David Smith and Dean Martin.

Every member has been busy networking with people to help donate while many, such as Bramlett and Rogers, have made personal donations. Bullard has recently been out of state talking with donors in New Jersey, Virginia and Maryland.

The graduate facility will be “a game changer for the institution, for the city of Albemarle and for Stanly County,” Rogers said. “I think this is the most important thing to happen in downtown Albemarle in decades.”

Dick said there is a humanitarian need for healthcare in the area.

“We’ve got the opioid crisis, we’ve got a lot of health issues that this program will be helping to train the people that can address those needs and disparities in our community,” Dick said.

The downtown campus will have a ripple effect on the whole county, Bramlett said.

“What’s good for Albemarle is good for New London and all the other towns,” he said.