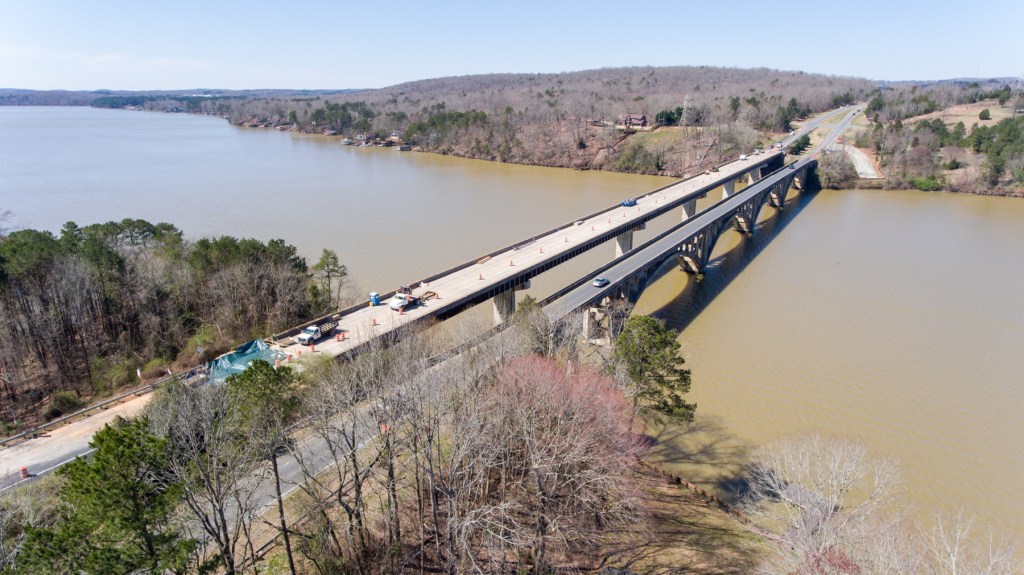 N.C. Highway 24-27 will be widened to four lanes with a median divided cross section and will stretch six miles from the intersection of Blue Bay Seafood Restaurant and N.C. 740 to about a half mile into Montgomery County.

The widening project will be using reduced conflict intersection designs which basically means that as opposed to conventional intersections, where cars have to cross more lanes to turn left, the highway will have intersections called superstreets, which will force cars to turn right before getting on a dedicated left turn lane, Fine said.

The highway construction should start in November, Fine said.

Rehabilitation work for the Swift Island Bridge will widen it to allow for two-lane traffic and increase its life 50 to 75 years, Fine said.

The bridge will be deconstructed down to its arches and rebuilt with a wider bridge deck, so its architectural character and detail will remain intact, he said.

Other smaller projects include bridge replacements on Gold Branch Road and Pole Running Road, which should be finished in November, and intersection improvements at U.S. Highway 52 and Cottonville Road and U.S. 52 and Bowers Road.

Future projects include six bridge replacements around the county, a pedestrian crossing on West Main Street at Market Station in downtown Albemarle and a left turn lane on the Northeast Connector onto Moss Spring Road in Albemarle.