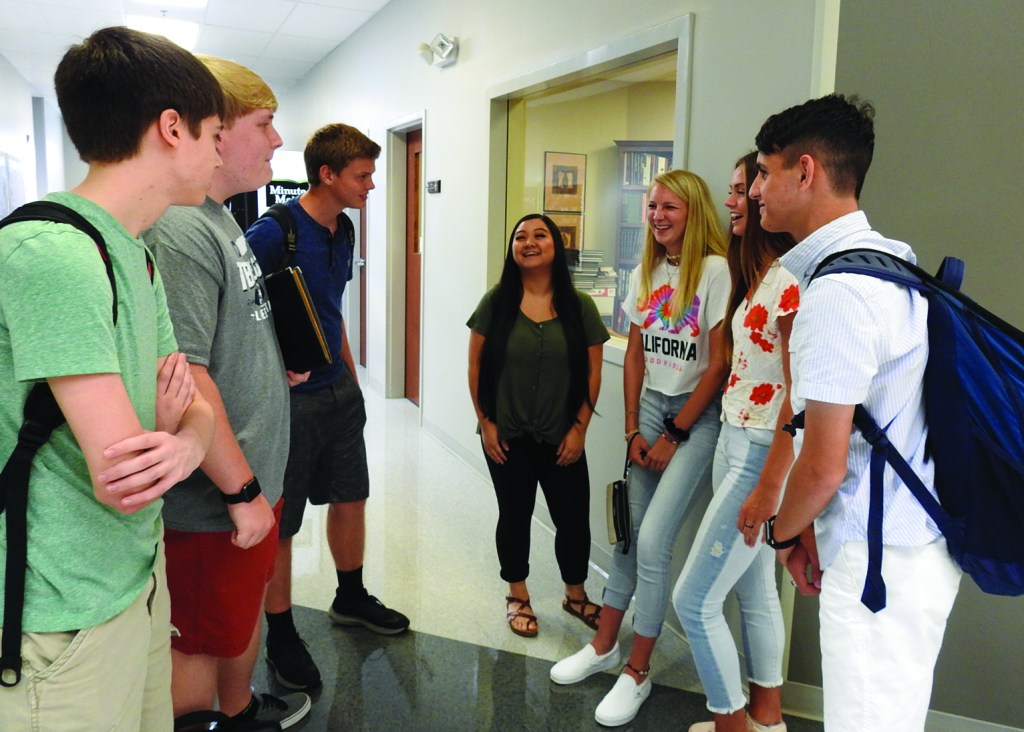 Gray Stone Day School opened on Wednesday for all students in grades 6-12 with a new structure.

The school is implementing a new alignment of grades as well as a new daily schedule. The students are regrouped into sub-schools, with grades 6 and 7 being a middle school, grades 8 and 9 being a junior high school and grades 10 through 12 being a high school.

Students in each of these groups are in different stages of development, according to Helen Nance, chief administrative officer of the school.

Each sub-school will eat lunch together, allowing for opportunities to build friendships.

Each also has its own schedule, but they all have some aspects in common. All students have a rotating daily schedule. They take at least five courses for the year, but only four classes on each day. The order of the classes changes during the week.

The block at the beginning of the day is 70 minutes long, with the other classes being 50 minutes.

This allows for students to have each class one day a week for an extended time period allowing for science labs and group work, Nance said. It also provides for a student to not have the same class at the same time each day.

“This schedule has been used by many schools around the country and has proven to be very beneficial to the students,” Nance said.

The courses scheduled during sixth and seventh period are electives and always in the afternoon.

“It breaks up the monotony of our day,” senior Connor Morin said. “Having physics every day sixth period was boring.”

“Everyone performs differently at different times of the day and this allows everyone to perform at a peak level in each class,” senior Cameron Pierson added.