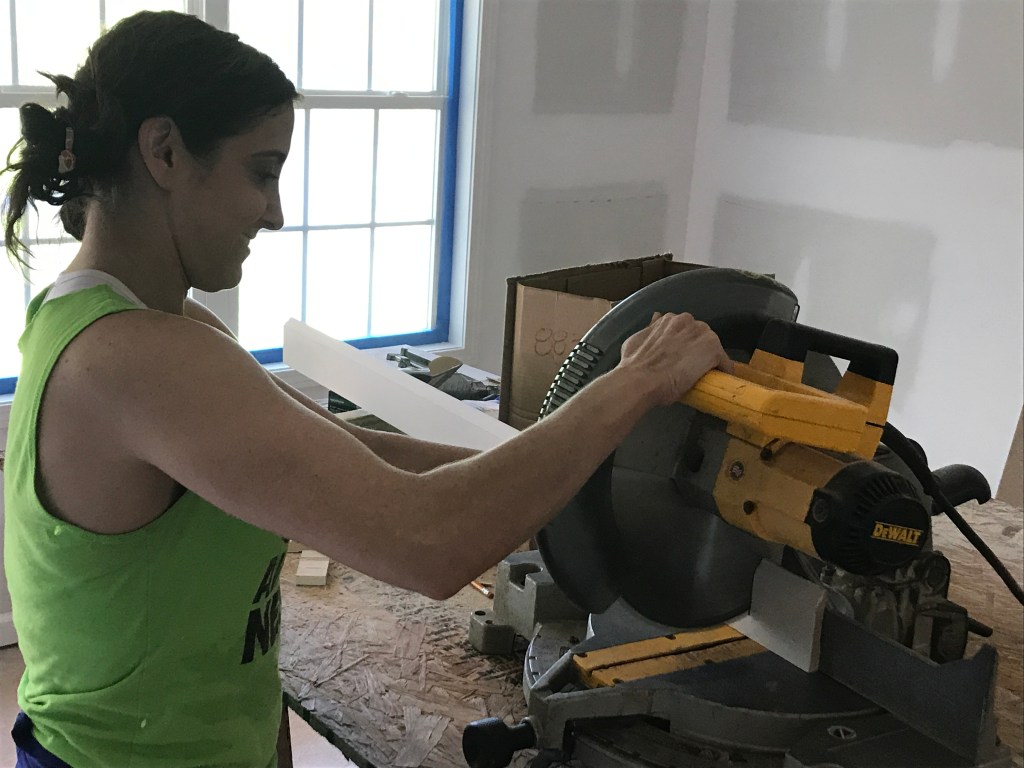 Louisa Jane Hartsell cuts wood with a table saw for a Habitat for Humanity house.

Several Stanly County volunteers have been spending the last several months helping build a new house in Albemarle as part of Habitat for Humanity.

Founded in 1976, Habitat for Humanity is a global nonprofit Christian housing organization.

Deborah Wood and her son, Richard, will be the owners of the house. They currently live in a small makeshift building beside the house.

“It is an act of God that this house is getting built for us,” Deborah Wood said. “It’s a blessing.”

In order to be eligible for a new house, the Woods had to put in at least 400 hours of sweat equity toward the building of Habitat homes (including their own) and had to attend homeownership workshops.

“I’m so excited,” Richard Wood said. “It’s been a long time in the making.” 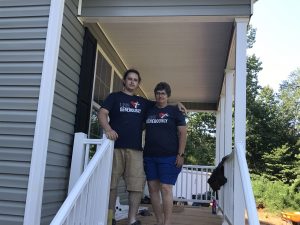 The owners of the Habitat home, Richard Wood and his mother, Deborah.

The volunteers have spent each Tuesday, Wednesday and Saturday working on the house. So far, they have spent 33 days working on it, Goldstein said.

Though the volunteers have been busy working, the two most important aspects are for people to keep safe and have fun, Goldstein said.

“We have to generate our own funds,” Goldstein said, adding that the public donates many of the materials for the houses.

Fiberon in New London donated the railing while two roofers donated their time and experience to construct the roof, Goldstein said.

Deborah has already picked out the flooring, cabinets and color sidings, while Goldstein recently took the family to Lowe’s to pick out different lights.

“It’s been a great adventure,” Deborah Wood said, “and I highly recommend Habitat for any volunteer community service projects. It’s a great thing.”