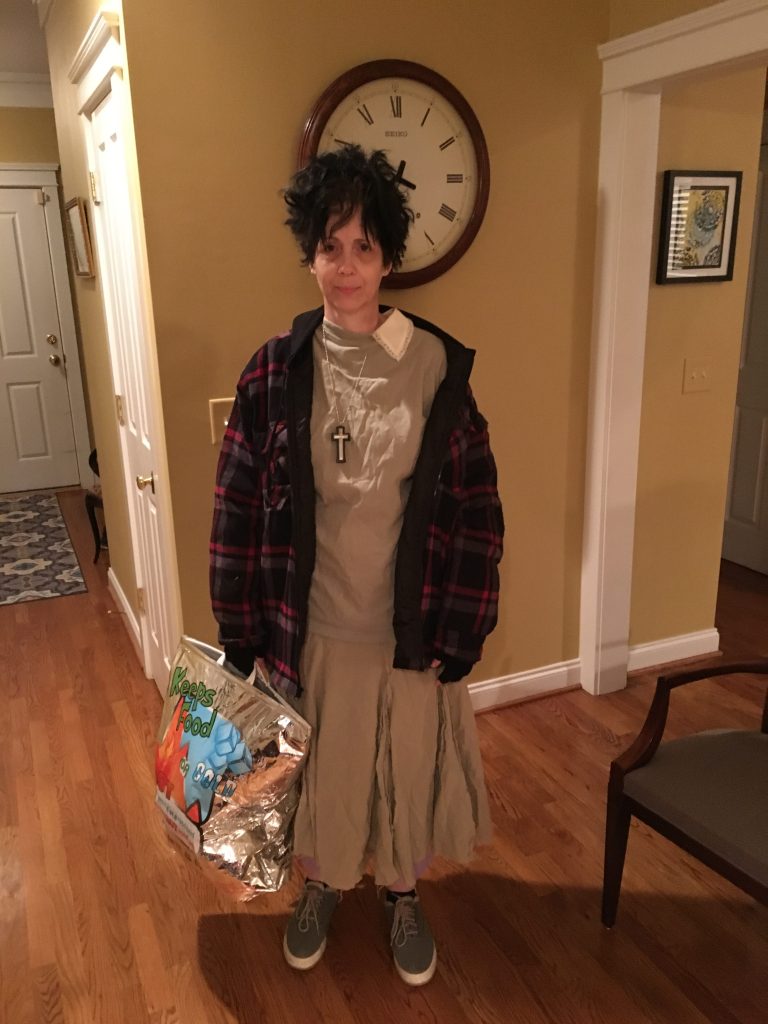 Kimberly Bowman spent more than 30 years of her life as an inner-city pastor in Michigan helping the homeless.

Having worked extensively with the homeless, Bowman believed she knew everything there was to know about them.

Once she and her husband, Gary, moved to Charlotte to be closer to their children a few years ago, Bowman decided to test that theory and pursued an idea that was on her mind for a long time. Over the span of eight weeks, beginning in January 2018, Bowman transformed herself into Jean, the homeless bag lady, and she attended 10 churches in the Charlotte area.

From outright hostility, to being completely ignored, to overwhelming generosity, Jean the Bag Lady encountered the full spectrum of humanity’s potential.

Bowman, who now resides in Albemarle, wrote about her experiences. Her book, “Undercover Bag Lady: An Expose of Christian Attitudes Toward the Homeless,” was published this year.

“It was honestly the hardest thing I’ve ever done in my life,” she said.

In order to be convincing as Jean, Bowman purchased tattered flimsy clothing from a secondhand thrift store, caked herself with mud and didn’t shower for a week.

She specifically wanted to attend churches in “upscale suburbia” because those were the areas where “typically poor people do not attend.” During her time at the churches, she was the only “homeless” person around.

Bowman and Gary spent weeks carrying out “covert missions” before she began attending the Sunday church services. This scoping out potential churches included learning about the schedule of the worship services.

Bowman writes that “being a self-proclaimed shock-value enthusiast and an avid viewer of hidden-camera TV shows like ‘Candid Camera,’ the prospect of hiding myself in plain view and observing society’s mannerisms has always intrigued me.”

Regarding her experiment, “I thought it’s time to push the envelope a little bit and kind of maybe hold up a mirror” to people, she said. “When you call yourself a Christian you’re calling yourself Christ-like, so let’s see how Christ-like you really are.”

The project never got easier, as each Sunday Bowman would enter into a new church, not knowing how she would be acknowledged— or if anyone would acknowledge her at all.

“Every Sunday morning, it was like I’m doing this again for the first time,” she said,” because I’m with a different group of people and I don’t know what to expect.”

Though Jean and Bowman started as two distinct people, they became one as time progressed.

“I started becoming Jean all through the week not just on Sunday,” she said.

Over time, Bowman gradually became a recluse, she became depressed and she became an “outcast.” She wanted to stay home each day and would send her husband out to run errands.

Once the project ended, Bowman was able to snap back into her real self.

Bowman said she learned many valuable and profound lessons from her time as Jean, whom she said is officially retired.

She now calls herself a believer rather than a Christian because “I’m not the Christian I thought I was.” She and Gary enjoy attending Harvest Church in Albemarle.

Her views of the homeless have also changed.

“The homeless are so valuable and we can learn so much from them,” she said. “I’ve never felt their heart more than I did through Jean.”

Whenever she sees homeless people now, “a sense of joy and pride feels me,” she said.

“There’s that connection I didn’t have before.”

If interested, people can buy the book from Amazon.