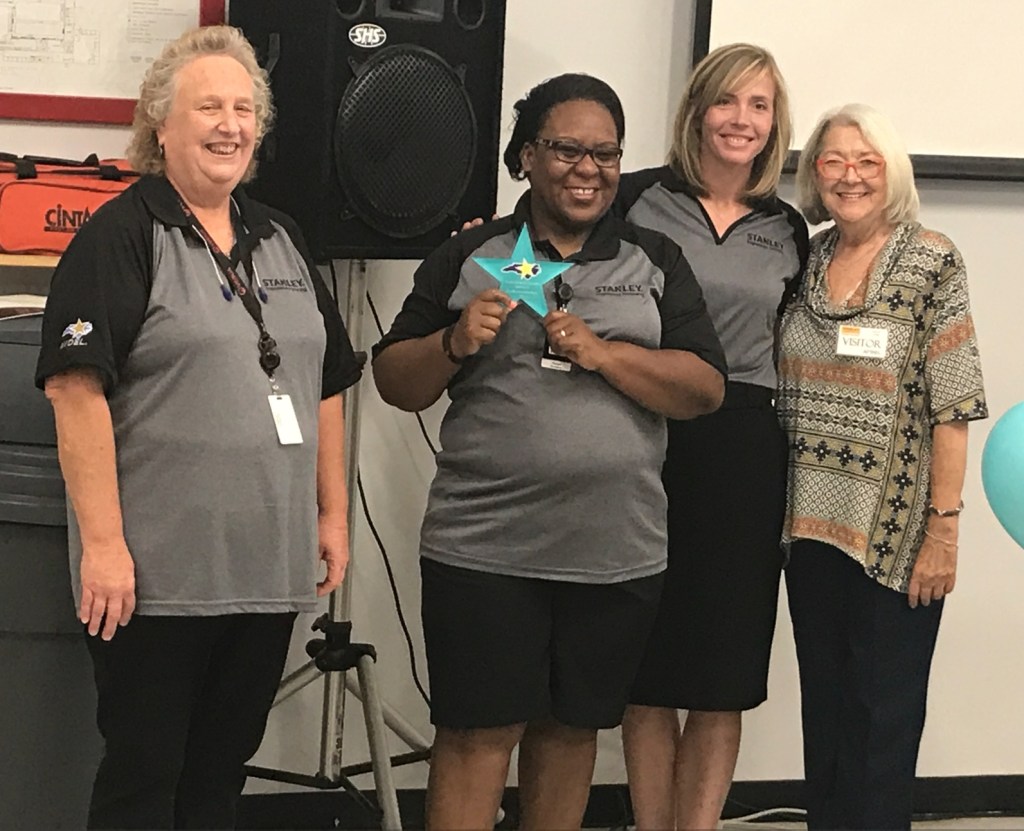 Though Stanley Engineered Fastening in Stanfield has had several name and management changes since its founding in 2002, the company’s emphasis on workplace safety has remained constant.

Safety has also earned the company the Carolina Star, the most prestigious safety recognition a company can earn from the North Carolina Department of Labor.

On Tuesday morning, the Department of Labor re-certified the company as a participant in the Carolina Star Program. Labor Commissioner Cherie Berry presented company officials with the Carolina Star award for the fifth time.

“There’s no service we provide as workers that’s more important than the safety and health of each other,” Berry added.

According to the NCDOL website, “The Carolina Star Program is designed to recognize employers and employees who have implemented effective safety and health management systems and maintain injury and illness rates that meet the criteria for participation.”

The company was initially certified as a Rising Star site in 2001 and first approved as a Carolina Star in 2002.

“We really want to make sure our employees are safe and that they can go back home to their families,” manufacturing manager Robert Celis said.

Stanley Engineered Fastening is a global company with 37 plants around the world, including 15 in North America. The Stanfield location is under the Avdel brand, which makes an assortment of rivets, lock bolts and engineered fasteners, according to its website.

But though the Stanfield company has done well, Ray emphasized to the employees that safety is a never-ending process.

“Safety is a journey…you’re never there,” he said. “There’s always going to be new programs, new machinery, new employees that come to the site.”

The company, which has 95 employees, prides itself on its “culture of safety,” said Renae Presnell, co-chairwoman of the safety committee along with Kenya Dockery.

“You think about what you should do before you do it,” she added. 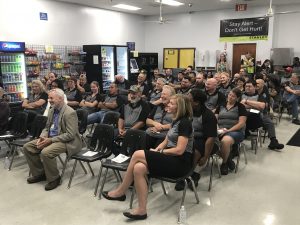 Stanley Engineered Fastening employees laugh at a comment from N.C. Commissioner of Labor Cherie Berry during the Carolina Star ceremony.

The safety measures include making sure employees wear safety glasses, ear plugs and have closed-toed shoes before working on the shop floor. The employees also stretch for about five minutes at the start of each shift.

The stretches “are targeted to make sure they don’t injure themselves,” Presnell said.

The company even helps develop safety plans for other companies in the state to use as road maps to hopefully become Carolina Star certified, Celis said.

The key for the company is not merely achieving the Carolina Star but consistently maintaining it through re-certifications.

“It’s like our baby,” Dockery said of the award. “We’re very proud of it because it means we’re safe.”

But achieving a safe workplace takes more than 12 dedicated employees on a safety committee.

“It has to be everybody working together as a team to achieve a goal,” Presnell said.