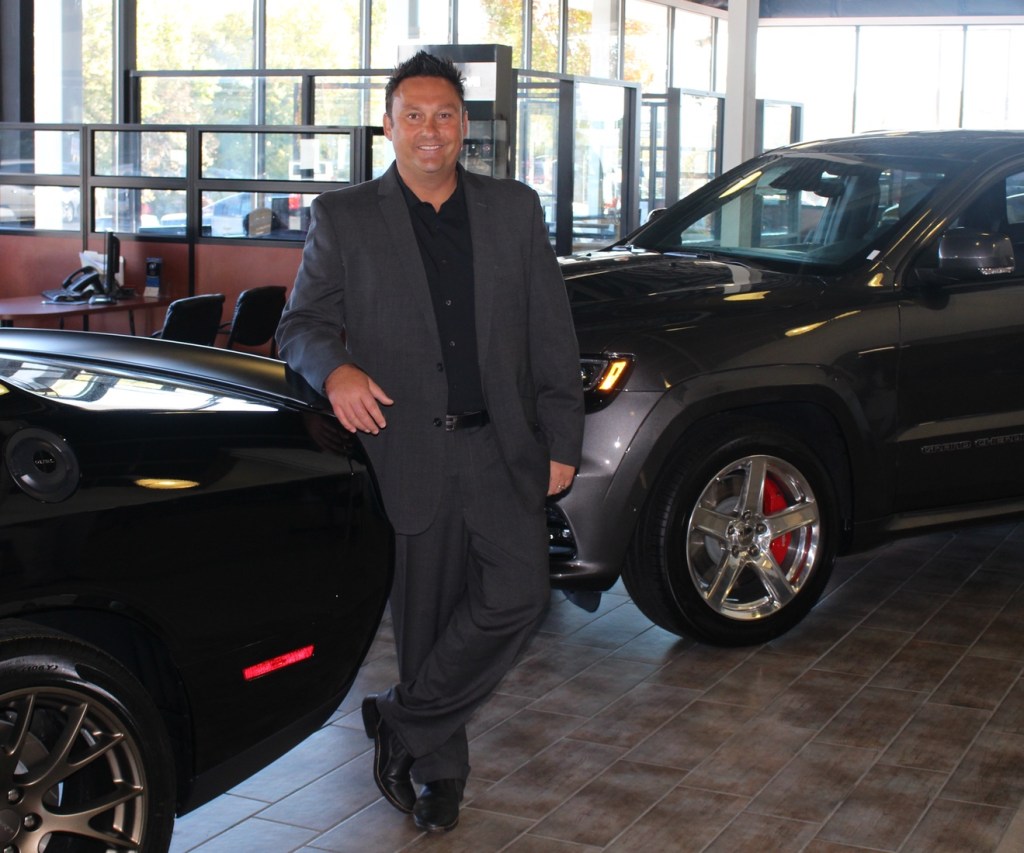 Joe Maus opened two car dealerships in Albemarle to go along with his two already in Charlotte. (Contributed)

After operating two car dealerships for the last decade in Charlotte and garnering much local fame from his TV commercials, Joe Maus is ready to bring the same attention to his two locations in Stanly County. 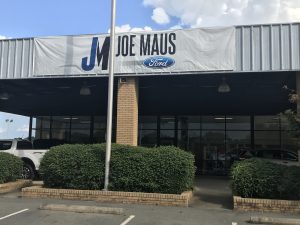 The dealerships have a combined 56 employees from Stanly County, Maus said. He hopes to double the number by the end of the year.

When people enter either of his Albemarle locations, they can “expect any vehicle they ever dreamed of wanting at the best deal possible.”

Originally from a small town in Ohio (comparable in size to Albemarle), Maus, 50,  graduated from Ohio State University and, after spending 15 years working for the Ritz Carlton hotel chain, transitioned to the car business, which took him to eastern North Carolina, where he started several dealerships in Goldsboro, Kingston, Clayton and Jacksonville.

When the recession hit about a decade ago, Maus moved to Charlotte and opened two dealerships: Keffer Jeep and Independence Mazda (soon to be renamed Joe Maus Mazda).

As his Charlotte locations have grown in stature over the last decade, so has Maus. He is featured in television commercials, often with friends like former Carolina Panthers linebacker Thomas Davis. He said he has many famous customers, including Panthers and Charlotte Hornets players.

He also has his own foundation, helping children and animals in need throughout Mecklenburg, Union and Stanly counties.

Though he had been eyeing a move to Albemarle for 10 years, he decided to make the move at the beginning of this year and bought what was Stanly County Chrysler Dodge Jeep Ram. 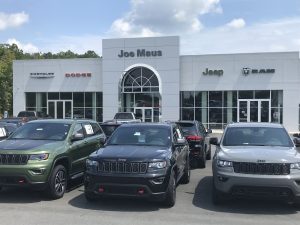 What made Albemarle appealing to Maus was the “small town feel,” which reminded him of his hometown. He also likes the high school sports, the lakes and Morrow Mountain.

“I think the community and what our beliefs are will go hand-in-hand,” Maus said.

Compared to Charlotte, Maus believes he can make more of an impact in a smaller community like Albemarle.

Maus’ vision extends beyond selling cars. He does not consider himself a car person. He views himself as a “people developer” and wants to go the extra mile to help the people in his community, in whatever form that may take.

Last week, after receiving a call from a distressed woman in Albemarle who had six cats trapped under her deck, one of the Joe Maus Foundation board members traveled to the woman’s house and picked up the cats. Maus’ wife and children are now taking care of them.

His car businesses are a means to be able to help people in the area, he said.

“You can’t do anything without the community, so embrace them and love them,” Maus said.

So far, Maus is the primary sponsor for the Butterfly House Child Advocacy Center, high school football teams and Stanly County Humane Society and is working on sponsoring Homes of Hope and Esther House.

People are helping contribute to Maus’ philanthropic goals whenever they purchase a car because a portion of the proceeds goes back into the community, he said.

The Joe Maus Foundation has raised around $160,000 in charitable donations.

While in Charlotte, his foundation has partnered with nonprofits to feed families during Thanksgiving, provided toys to children in foster homes or hospitals during Christmas and provided backpacks and school supplies for students. Maus plans to implement all of these in Albemarle.

“Everything in my power is to help people,” he said.

“The biggest thing I would say about Joe would be his heart,” said India Wiggins, director of business development. “He’s all about family, friends, community.”

The name Joe Maus is well-known and connected around Charlotte and he plans to bring his connections to Albemarle.

Many of the professional athletes in Charlotte have bought cars from Maus and he wants to bring “a lot of celebrities” to the people in Albemarle in the near future.

Maus plans to bring his celebrity customers to Albemarle for meet-and-greets and autograph signings and wants to establish a celebrity golf tournament in Albemarle, possibly as early as October. Maus plans to give away free merchandise, including Panthers tickets.

His golf tournament in May at Pine Lake Country Club in Mint Hill had more than 40 celebrities, including current and former Panthers and Hornets players, a few former Pittsburgh Steelers players (Maus is a passionate Steeler fan) and professional wrestlers.

Some of the athletes people can expect to see around the city in the future, according to Maus, include Hornets players Malik Monk, Dwayne Bacon and Cody Zeller, Panthers coach Ron Rivera along with wide receiver Chris Hogan, safety Tre Boston, linebacker Shaq Thompson, new center Matt Paradis and former linebacker Davis.

Even with the commercials and celebrity customers, Maus’ dealerships are rooted in family. Four of his six children work in the business and several of his family members are on the board of his foundation. He plans for his children to eventually run the businesses.

The Albemarle community has been “incredible” to Maus and he plans to stay and invest in the city for the long haul.

“The Maus name will be in Albemarle for many decades to come,” he said.

For more information, people can visit joemausauto.com. Maus also has Facebook and Instagram and they can call his cell phone at 704-706-5346.