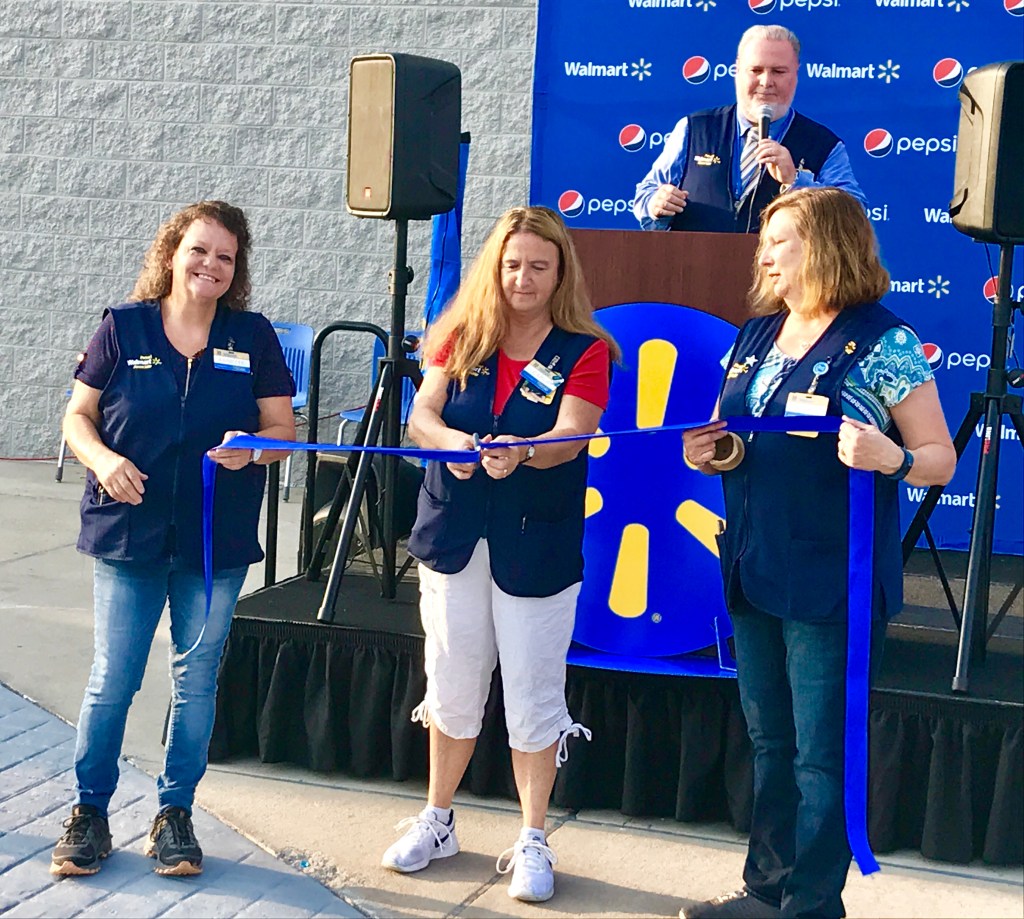 Original Walmart employees Annette Faulkner, Carla Gordon and Lori Campbell cut the ribbon for the opening of the expanded and remodeled store.

At the culmination of an almost three-month renovation project, tons of people gathered at the Walmart in Albemarle early Friday morning for its new unveiling.

“Our company does remodels in stores every seven or eight years to try and update them and refresh them,” said store manager James McPherson. “It was our time.”

The store was last remodeled in 2011.

Customers will notice numerous changes to the layout of the store. The grocery section expanded and includes many new items (marked with blue signs), the pet department increased by about a third and moved to the back of the store, the infants and toy departments increased, the electronics section has more interactive displays and sporting goods, hardware and automotive are now in the same one-stop service counter.

“It’s like a brand new store when you walk in,” McPherson said. “It’s totally different than it was.”

According to a Walmart press release in April, the company “expects to spend an estimated $87 million this year in North Carolina through the remodeling of 18 stores, as well as the launch and continued expansion of several customer-focused innovations.” 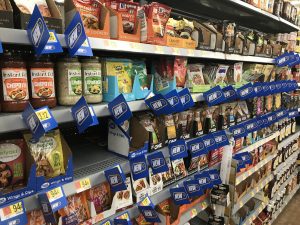 The grocery section has expanded and includes many new food items.

During the ceremony, three employees — Annette Faulkner, Carla Gordon and Lori Campbell — who have worked at the Albemarle Walmart since its inception in 1988, were the ones to cut the blue ribbon. Two other original employees, Pam Morton and Mary Ingram, were not at the event.

For 31 years, Walmart has been a constant in the city.

“I can think of no store that has made a greater impact on our community,” Mayor Ronnie Michael said. “They do a great deal for our citizens.”

The ceremony was a community-wide event as cadets from New London Tarheel ChalleNGe Academy chanted and marched in uniform, while the West Stanly JROTC presented the flags and the school’s band performed the National Anthem.

Outside Walmart, food vendors were set up including Cheerwine, which is selling drinks, chips and hot dogs to raise money for Hospice of Stanly County. The vendors will be outside Walmart all day.

Other groups at the store include the county forest service rangers, D.A.R.E. officials and members from Stanly Community College.

As great as the updated facility is, McPherson said, what makes Walmart special are the employees and the community.

“We cannot be who we are or what we are without that,” he said. “Those are the things that aren’t going to change.”