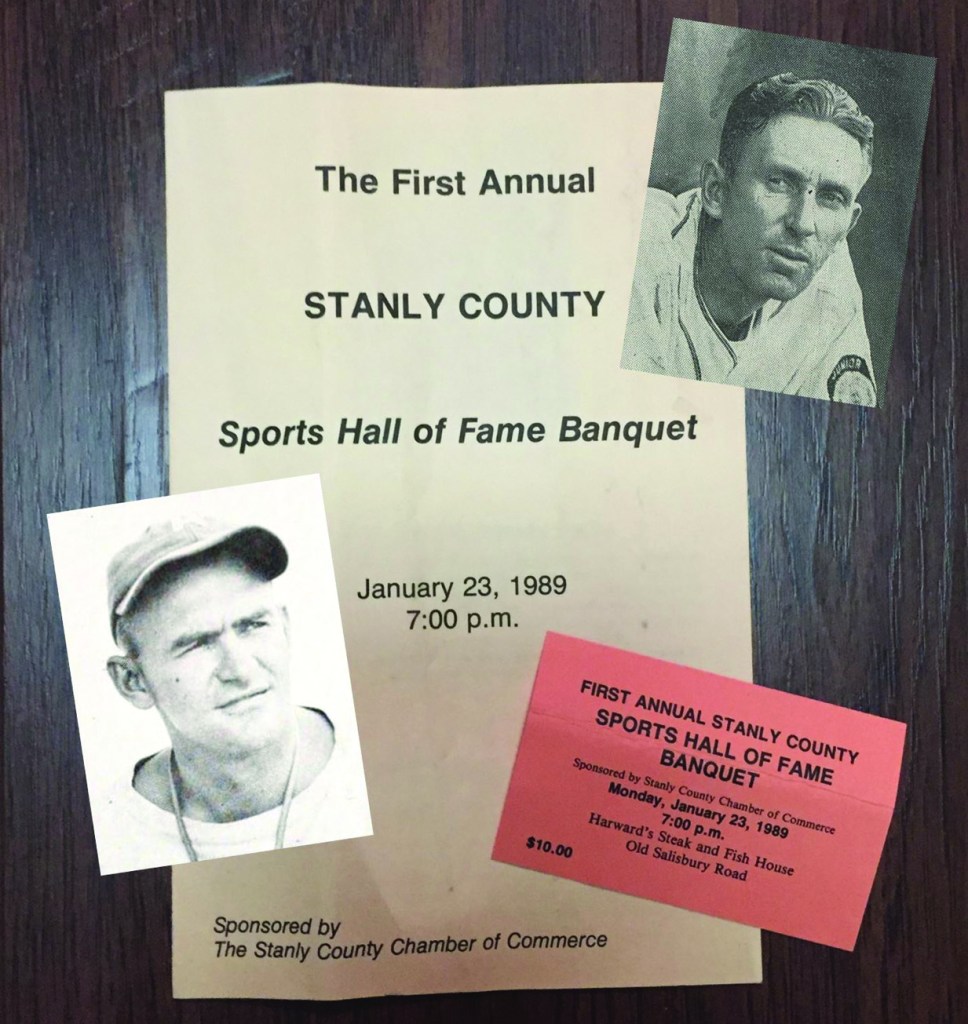 Coaches Toby Webb, left, and Frank Marbry, upper right, made up the first class of inductees in the Stanly County Sports Hall of Fame. (Contributed)

During the evening of Jan. 23, 1989, the Stanly County Sports Hall of Fame had its first induction ceremony. The master of ceremonies for the evening was Woody Durham, voice of the University of North Carolina Tarheels. The guest speaker for the evening was New York Yankees baseball star Bobby Richardson.

There were two men inducted in the class. Legendary coach Toby Webb, who led the great Albemarle High School football teams during the late 1940s through the late 1950s, was one of the inductees.

Also inducted that night was celebrated baseball coach Frank Marbry, who helped lead the local American Legion team that won the 1940 Little World Series. He later coached the 1944 team back to the Little World Series, but they did not win.

Over the years that followed this first induction, the Sports Hall of Fame committee, with the help of Durham and Bob Harris, voice of the Duke Blue Devils, has been able to arrange numerous notable sports figures to serve as guest speakers. The list of these speakers includes Roy Williams, Dale Jarrett, Mike Krzyzewski and many others.

More than 50 men and women have been inducted into the Stanly County Sports Hall of Fame.

This Monday, two more Stanly County sports figures, Whit Whitley and Kent Montgomery, will be added to this illustrious list.