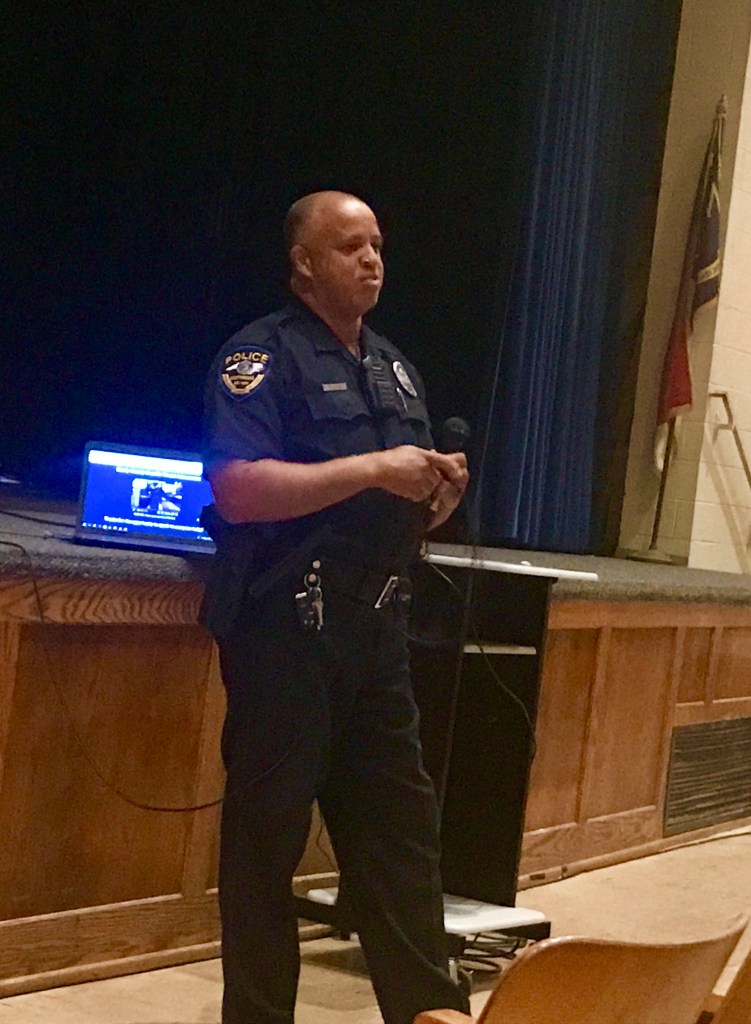 Teachers and administrators from across the county convened Wednesday morning at Albemarle High School as the central office unveiled its new threat assessment and intervention plan.

Each school will develop its own threat assessment team comprised of either the principal, assistant principal or a mental health professional along with the school resource officer. Other members may include teachers, coaches and nurses — depending on who the student has a close relationship with.

Whenever a student has made a threat, the assessment team will determine, through the use of a brief screening tool which includes a checklist of possible behaviors, whether the threat expresses a lasting intent to harm anyone.

As part of TAIP, members of the threat assessment team will engage in a dialogue with the student, his parents and other relevant people to assess the situation. Questions will be asked to determine if the student has expressed thoughts of hurting others or hurting himself and how much detail is in the threat.

After all questions are asked, relevant risk factors considered and the details gathered, the student’s threat will be deemed either a lower, medium or higher risk and an intervention and supervision plan will be developed as well as a re-entry plan for the student.

The teachers and administrators were provided a few sample threat scenarios and asked to evaluate how they would classify and respond to each.

Director of Student Services Beverly Pennington, who spoke about the plan, said TAIP does not predict specific episodes of violence, nor is it a foolproof method of assessing an individual’s potential to harm others.

Threat assessment plans are part of the larger national movement to create safer schools in response to the uptick in recent school shootings. According to a recent CNN article, there have been 22 school shootings in 2019 in which someone was hurt or killed.

Calvin Young, a school resource officer at Butler High School in Matthews, spoke to the audience about Charlotte-Mecklenburg Schools’ threat assessment plan, which he said has been in place for 10 years. He also talked about his experience during the Oct. 29, 2018 school shooting that took the life of a sophomore.

Young recalled an incident when he was working at a middle school about an eighth-grade student who created a hit list of people he wanted to kill. Because the school had tracked the student’s behavior since he was in sixth grade with its threat assessment plan, including drawing pictures of guns on his papers, they were able to get to him before he could harm anyone.

“As you start your threat assessment … look for all those small detailed things,” Young said. “Little things can turn into a lot.”

Immediately after the shooting at Butler, Young said the students didn’t panic and went into proper lock-down mode. Young credits their swift response to a school shooting safety video the student government made a few months before.

These types of incidents are “the new normal” for schools, SCS trauma-informed specialist Maria Stine said.

To combat this new reality, SCS created a task force last year to examine threat assessment plans enacted in other districts, including Rockingham, Cabarrus and Mecklenburg. The task force created its own plan that was submitted to and approved by Superintendent Dr. Jeff James.

“We want our public to know that we are training our schools to take every possible step to be as safe as possible while being rehabilitative with the individuals who are making those poor choices,” Pennington said.

A school safety bill currently in the General Assembly would require public schools to establish threat assessment teams along with mandatory, standardized training for school resource officers in crisis response.