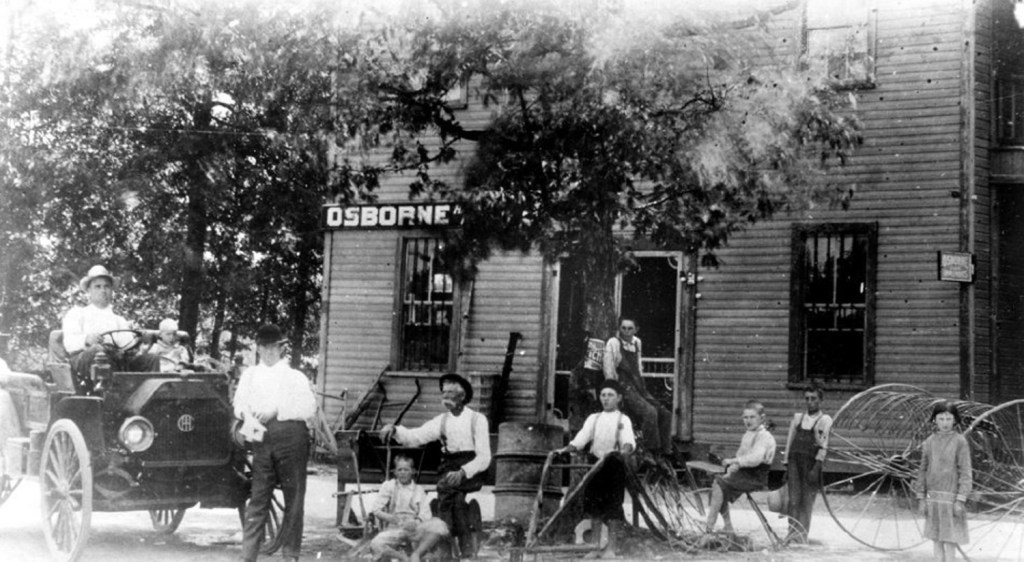 The Osborne store building once served as the Big Lick Academy. (Contributed)

During the first half of the 1800s, settlers moved into the area around what is now known as Oakboro.

According to the late Fred T. Morgan, there were salt licks in the area that attracted many deer that were seen to be licking these marshy holes in the ground. Due to this, the area eventually became known as Big Lick.

The community grew enough to have a post office, known as Big Lick, that was established in 1860.

The town was incorporated by the state legislature March 11, 1879. It grew to be one of the larger towns in Stanly County that at one time even rivaled Albemarle in size.

According to the Aug. 16, 1915 Charlotte Observer, Big Lick had reached “the zenith of its glory” during the early 1890s when it reached a population of about 300 residents. The businesses included a roller mill, a cotton seed mill and a coffin factory in addition to the retail stores.

The local school, founded prior to 1883, was known as the Big Lick Academy.

The town of Big Lick quickly began to decline a few years after the Yadkin Railroad built its line through Albemarle in the early 1890s.

Some of the local business interests moved to Albemarle to take advantage of being close to the railroad. About 20 years later the Winston-Salem Southbound Railroad bypassed Big Lick and the new community of Furr City was created about 1.5 miles away. The railroad did not like this name, so it was changed to Oakboro. Those that had remained in Big Lick migrated to Oakboro.

On Aug. 10, 1915 the Big Lick post office closed and all mail was sent though Oakboro. On Feb. 6, 1919 the North Carolina General Assembly officially repealed the charter for the town and the community was official no more.

Today the area that was once Big Lick is a part of the Town of Oakboro.