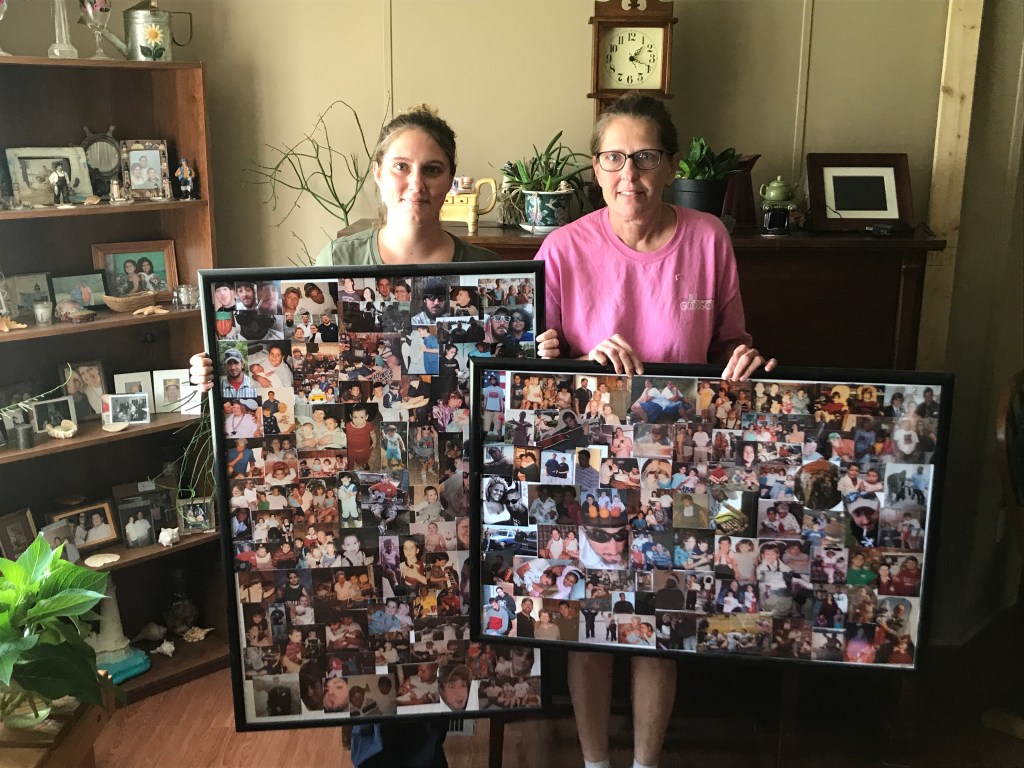 It had all the makings of a normal day.

A little after noon July 27, Jessica Cassells, her family and her boyfriend, Corney, had just left Walmart in Albemarle and were driving home along N.C. Highway 24-27.

But then they noticed a disturbing sight along the side of the road.

“Hundreds of cars had passed” without noticing, said her mother Deborah Cassells.

But not Deborah. She crossed oncoming traffic and pulled the minivan against the curb, next to the body of a man lying on the grass on the edge of a yard, foaming at the mouth.

He was in blue jean shorts with no shirt. Around him fishing poles, a tackle box and duffle bag lie strewn, Jessica said.

“His eyes would lock on mine and then roll back,” Jessica said. The group immediately retrieved water from the car and threw it on him to try and kick-start his nervous system.

Jessica told her mom to stay in the car and call 911. She didn’t want Deborah to see what was taking place.

She believed the man was overdosing because almost a year ago to the day, she lost her brother, Jamey, the same way.

‘We never thought that we would get that call’

Jessica and Jamey Cassells were around the same age and grew up together in Albemarle.

“He was my best friend,” Jessica said through tears. “We grew up like twins together. It was always Jamey and Jessica.” 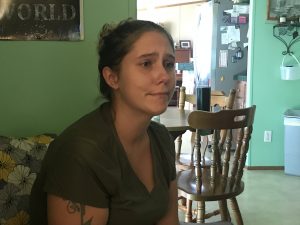 He attended West Stanly High and always wore a green bandana, she said.

Jamey loved to sing and play guitar and he would often write his own songs. Jessica said he performed cover songs of Garth Brooks and the Goo Goo Dolls.

He loved to make people laugh, especially with his impersonations of celebrities, including Adam Sandler in the comedy “The Waterboy.”

But Jamey also struggled with an addiction to crack for many years, his sister said.

Though he had been in and out of rehab during his addiction, a few years ago his family sent him to the Winston-Salem-based Addiction Recovery Care Association, a non-profit organization that offers treatment services to people suffering alcohol and substance abuse.

While at ARCA, he met and started dating Stephanie Walker, who was addicted to heroin.

“They thought because their drugs of choice were different, that they could make it together,” Jessica said, “and for a long time they did.”

They stayed together for six years in Winston-Salem.

On July 29, 2018, Sadie Cassells, the wife of Jessica’s younger brother, Ryan, messaged her to ask if they could stop by her home.

Jessica thought they wanted to show her their wedding pictures or wanted to see her new home. Either way, she was excited to have them over.

Her excitement would be short-lived.

After Jessica gave them a tour of the house, they went outside. She knew something was amiss when Sadie and Ryan told Jessica her friend, Sheena Lindsey, had to leave.

“I just looked at him because I thought they had a surprise,” Jessica said.

They then told her the news that changed her life.

“He said they (Winston-Salem police) found Jamey and I lost it because I knew…” she said, her quivering voice choking up.

At 2 p.m., Jamey died of an overdose at the age of 30. It happened to be Stephanie’s birthday.

Jamey was “reportedly snorting heroin prior to becoming unresponsive,” according to the autopsy report from Wake Forest Baptist Medical Center.

Jessica was told the news about four hours later.

“We never thought we would get that call that Jamey overdosed,” she said.

From information that has since been told to her, Jessica said Stephanie got high on heroin during the day and she thinks Stephanie passed out in the bathroom because when she woke up, Jamey was on the floor overdosing.

Stephanie tried to perform CPR and called the police, but it was too late. When the police responded at 2:10 p.m., Jamey was already gone.

Like so many overdoses across the country recently, Jamey’s cause of death involved fentanyl, a synthetic opioid 80 to 100 times stronger than morphine. Other factors included an enlarged heart and blunt force trauma to the head and lower extremities.

Narcan, also known as Naloxone, a medication that reverses opioid overdoses if administered quickly enough, was in Jamey’s house when he died.

Though Narcan was later administered to Jamey by first responders, he was already dead.

According to the toxicology report, Benadryl, Narcan, opiates and nicotine were found in his system.

He had 11 nanograms per milliliter of fentanyl in his bloodstream, Jessica said, and the toxicology report confirmed it — much higher than the lethal limit, which is around three to four.

Jamey’s case is still under investigation in Winston-Salem, Jessica said.

Though she still does not know all that happened, she guesses Jamey accidentally took the fentanyl thinking it was cocaine.

“Jamey liked to be up, he liked uppers, he was not one to do downers (like fentanyl),” Jessica said.

Jamey did not have a funeral or an obituary because the grief was too much for Deborah. He was cremated and his ashes reside in a box in Deborah’s house.

Jessica continues to believe if someone would have administered Jamey the Narcan at an earlier time, he would still be alive.

The work of an angel

One year later, Jessica watched as emergency officials, including Albemarle Police, paramedics and firefighters, were responding to the man overdosing along N.C. Highway 24-27. They called the man’s name, but he never responded.

As she was using a coat to try and limit the man’s sun exposure, Jessica was also pleading for the officials to use Narcan, but “they ignored me,” she said. Jessica informed them that her brother died a similar way so she was knowledgeable about the subject.

“They’ll usually give it before we even get there,” Smith said.

Stanly paramedic Mike Campbell said paramedics are trained to distinguish different types of overdoses, so the responders on July 27 would have known whether to administer Narcan to the man.

Jeremy Eury, who works for the Albemarle Fire Department and was at the scene, said the man did not suffer an overdose, but he could give no more details.

The officials checked his vital signs. The man was taken to the hospital and was discharged the same day, Jessica said.

She didn’t know the man was alive until she messaged him several days later on Facebook and he messaged back. He thanked her for helping save his life and called her his angel.

Jessica and her family point to a higher power that intervened that day. They believe that on the anniversary of his death, Jamey revealed himself.

“I think Jamey made me look over there and see him lying there,” Deborah said.

“It’s amazing how many people passed him lying on the side of the road,” Deborah said, “and we were the ones that saw him and stopped after going through our loss.”

Though the past year has been difficult, Jessica and her family have been working to keep Jamey’s memory alive. Deborah has two framed collages of photos of Jamey and a wall sticker of a quote Jamey gave her: “Life is not measured by the breaths we take but by the moments that take our breath away.”

And the family plans to throw Jamey a party and celebrate his life each year on Nov. 10, his birthday.

Though Jessica supports groups like Will’s Place and 33 Recovery for the work they do helping people suffering from substance abuse, she prefers to use a smaller, more personal podium — her Facebook page — to spread awareness about opioid addiction, the importance of Narcan and to keep her brother’s memory alive. For much of this month, Jessica has been posting messages about International Overdose Awareness Day, which is Aug. 31.

Jessica said the opioid crisis, which affects not just Stanly but counties across the country, will not end until “the community comes together and starts having serious conversations. Addiction is here and it’s not going to go anywhere until everybody gets together and really tries to combat the problem.”

She recently was trained at Will’s Place on how to administer Narcan. She, Corney and Deborah each have Narcan nasal spray bottles in case they ever have to use it.

The family frequently visits a wooden gazebo in Deborah’s backyard, referred to as “Jamey’s Place.” Jessica goes there whenever she visits her mom.

The gazebo has benches, chairs, banana trees and a ceramic fire pit. The serene sounds of nearby wind chimes can also be heard.

Jamey helped build the gazebo. His signature green bandana is tied to the roof. He spent time tending to the trees and relaxing on the bench, smoking a cigarette. Even in the winter, Jamey would go outside and build a fire.

Jessica said she senses her brother all around the gazebo.

“I think he’s here all the time,” she said. “I feel him in the wind, I see him in the plants that he planted around here.” 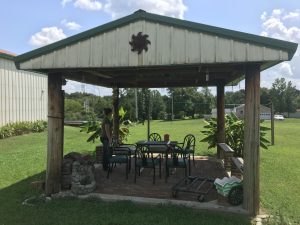 When thinking about her brother, Jessica chooses not to think about his death, but his freedom, which helps to give her peace.

“I feel like his spirit is free now,” she said.

After a recent storm, Jessica and Corney saw a “perfect rainbow” in the sky above her house. She said she remembered seeing a similar rainbow three days after Jamey died.