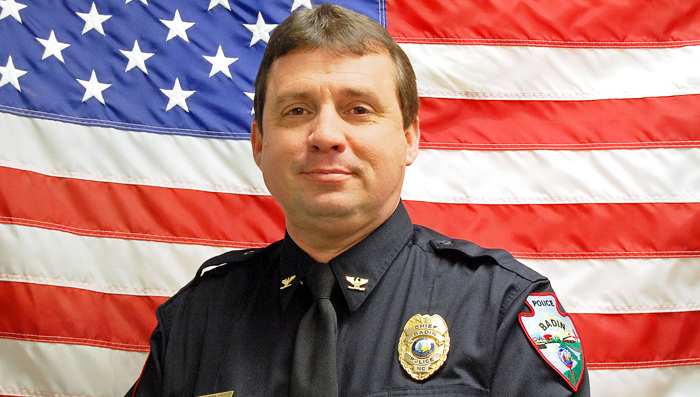 Recent personnel shortages in the Badin police staff forced chief Bryan Lambert to find other ways to ensure the safety of its residents.

But Lambert said the recent issues did not impact police coverage or response times in any way.

Badin was able to fill the gaps from the recent loss of officers by contracting with the Stanly County Sheriff’s Office.

Many of the night shifts were filled by sheriff’s deputies paid to come in and answer calls to allow a Badin officer to come back on duty in the morning. Deputies working in Badin received compensation time for their efforts, which Lambert said cost-wise came out about the same as it would have with regular officers working the shifts.

“There’s been no shortage in coverage,” Lambert said.

Badin’s police chief also credited Sheriff Jeff Crisco for working with the town. The two have known each other for about 28 years.

“I’ve been blessed to have that happen,” Lambert said.

The recent losses by the Badin police staff were “the perfect storm,” Lambert said. The shortages had nothing to do with anything done by the town administration.

Finding replacements has been difficult in recent months, according to Lambert.

“When you have a strong economy and people have jobs, you don’t have a lot of people looking,” Lambert said.

Two officers’ spots were filled a couple of weeks ago, but Lambert said with his impending retirement this month, two spots will still be available.

“I’ve just decided it best to let the new chief, let he or she have a say-so of what’s going on,” Lambert said.

Town Manager Jay Almond said he was fully satisfied with how the shifts were covered by the Stanly deputies.

According to Almond, the Badin Police Department has offered 24-hour police protections since 1991. It takes four or more officers to offer the service while still accommodating time off for officers.

“Badin’s departmental model is to employ four full-time officers and several part-time officers for 12-hour shifts along with a full-time police chief who works more of a 9-5 schedule to assist citizens and fulfill administrative needs with fill-in responsibilities as needed,” Almond said.

When the number of full-time officers dipped, Badin contacted the Sheriff’s Office to assist, according to Almond.

“The result was a contract for Badin to hire deputies for shifts as needed to keep from overburdening the chief or other officers. That agreement placed a dedicated patrol in town, focused on Badin,” Almond said.

Efforts in returning to the town’s preferred full complement of officers is underway, Almond said.

“We will see a reduced need for interdepartmental shift coverage and the cooperative mutual aid relationship all the local departments proudly maintain will continue,” Almond said.