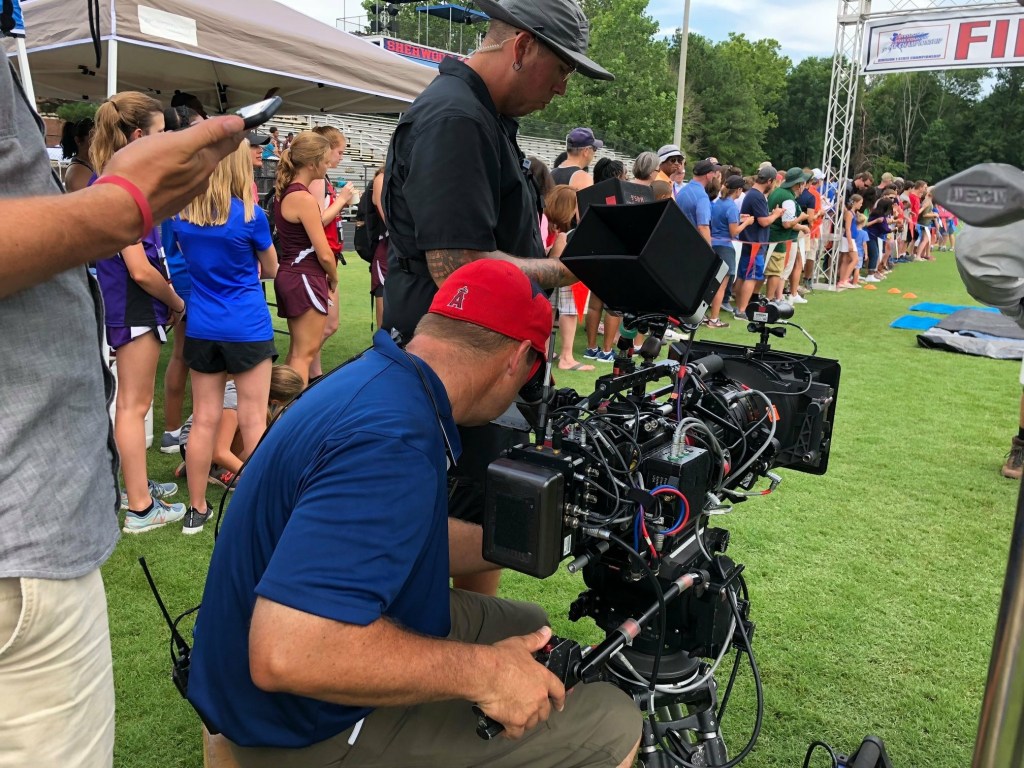 David Svenson of Locust has spent much of his life watching the world through a lens.

Svenson is a camera operator who has worked on around 20 films.

His most recent, “Overcomer,” is a Christian drama centered around a high school cross country coach who helps a young girl win one of the biggest races of the year.

It opened in theaters last month.

Originally from Charlotte, Svenson first stubbled onto Locust in 2000 after meeting the former Julie Barbee. The couple married and settled in Locust in 2002.

When not working on movies, Svenson is usually shooting commercials or working with sports networks in the Charlotte area.

Svenson was discovered by brothers Alex and Stephen Kendrick, writers and directors of “Overcomer,” in 2014 when they traveled to Concord for their film “War Room.” Already a fan of their movies, he was happy to get a chance to work with the brothers.

“I knew all about these guys and I so wanted to be a part of their team because they were not only creating movies and doing narrative films, but they were doing it in a way that was honoring God,” Svenson said.

The crew shot the movie in Columbus, Ga. from the second week of June to the end of August. They began each day with a devotion which could last up to 30 minutes. That impressed Svenson.

He said he enjoyed being on a set “where people are treating each other with respect and kindness and love and grace.”

Svenson said “War Room” and “Overcomer” are the two best films he has been a part of due to the people he worked with and the relationships that were formed.

Though most camera operators do not usually form relationships with actors, Svenson said he was touched by comments Priscilla Shirer, one of the main characters in “Overcomer,” said to him at the wrap party.

Shirer told him, “I just want to thank you because when I was very young, in the very beginning, you gave me a lot of confidence with your looks, with your pleasantries, with your feedback.”

“It was a very touching moment to me that no one had ever expressed to me before, that gave me a feeling of, ‘Oh my gosh, I’m just not a guy behind the lens…,’ ” he said. “It was a great moment to share with her.”

One of his proudest moments while working on “Overcomer” was watching his teenage daughter Abigail act as an extra.

He said she is in the movie eight to 10 times in various scenes.

“Any father who goes to work, you always wonder in the back of your mind at some point in your career, when I leave in the morning what does my family think I do for a living?” he said.

Svenson was happy Abigail got to see what her father does when he works on films.

“It was fun for me to be able to see my daughter see what I do for a living and the passion in which I go about doing it,” he said.