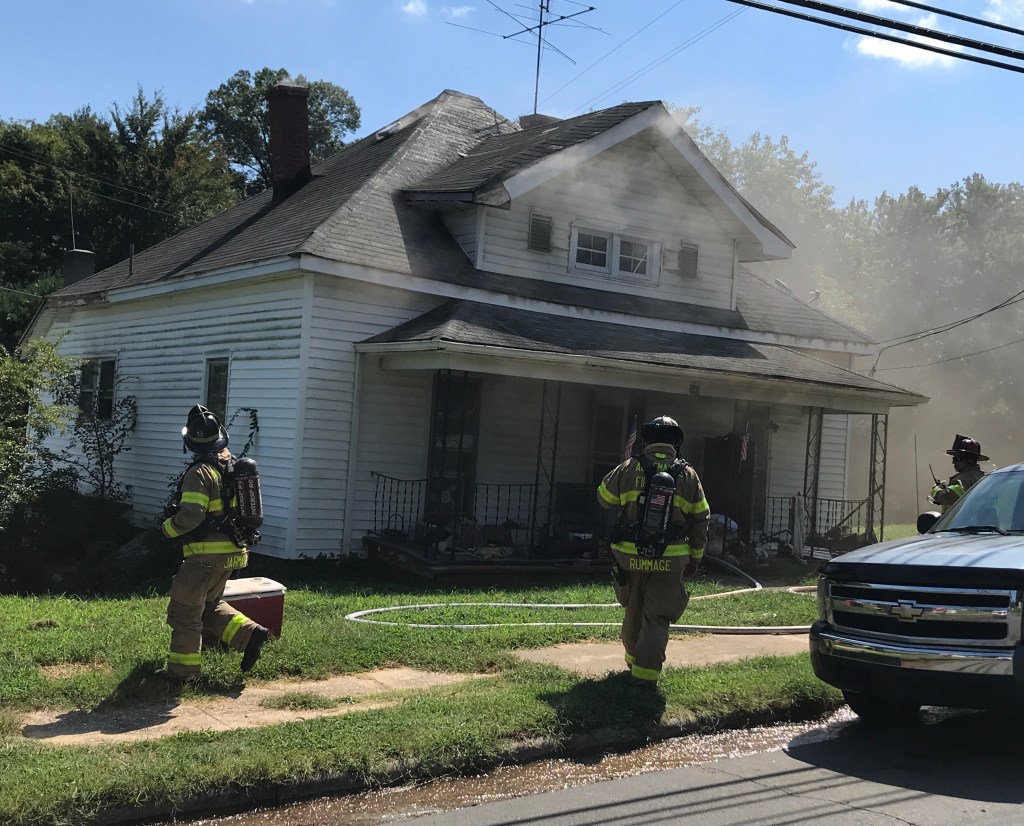 A fire before noon claimed the life of a 3-year-old black Labrador.

A 3-year-old black Labrador died in a house fire that started sometime before noon Tuesday on North Second Street.

Homeowner Audrey Dorsett and her niece, Lisa Johnson, were at the Stanly Community Christian Ministry, 506 S. First St., Albemarle, when they received word of the fire.

Once they got home, firefighters told them Dorsett’s dog, Daisy, who was housed in a kennel in her room, had not survived.

“That’s the hardest part — is losing her,” Dorsett said.
Dorsett, who has no children, said Daisy, who was picked up on the side of the road about three years ago, was like her child.

Details on the cause of the fire were not available at the time of publication.