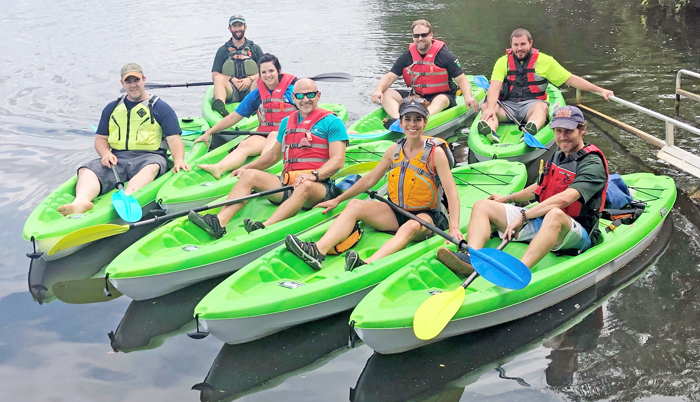 One Stanly fitness initiative looks to take athletes off the roads and trails for a morning or two and onto the water.

The Start it Stanly series began in January 2015 as a running series but developed to include hikes, crosstraining, community walks, health lectures and cooking demonstrations.

Paddle It, Stanly, a flatwater paddling event, is the latest to join the series, scheduled for Saturday mornings in September.

With times at 8:30 and 10 a.m. from the boat house at Morrow Mountain State Park, people wanting to try one of the latest fitness program can do so for free without having to purchase expensive equipment.

Kayaks purchased by the Stanly Health Foundation will be donated after this month’s events to the state park and Albemarle Parks and Recreation for use in their respective programs.

“We decided we wanted to change things up and offer some new opportunities for 2019,” Greta Baucom of Atrium Health – Stanly said.

With some numbers for runs and other events having gone down slightly, Baucom said she felt the series needed to offer something new and different.

“(Kayaking) is a growing outdoor sport that is becoming more popular. I think a lot of people would like to try it but may not have had accessability,” Baucom said.

Participants must be 16 years or older and be able to swim, and may not weight more then 300 pounds because of the kayaks used.

Paddlers of all skill levels are welcome at the event, according to Baucom.

Baucom added the parties involved are offering Paddle It, Stanly, for fun as well as fitness.

“We’re getting them started,” Baucom said.