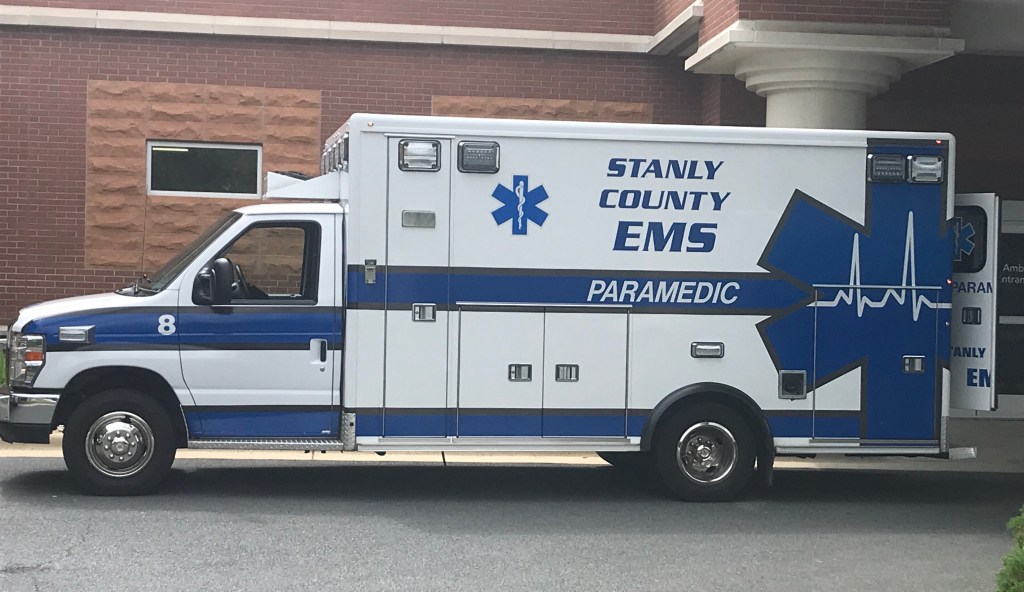 Drug overdoses, especially opioids, have ravaged cities across the nation over the last several years. But a local group is trying to fix that.

Paramedics across the nation responding to opioid overdoses operate under a similar playbook.

They administer Narcan, also known as Naxolone, a medication that reverses opioid overdoses if administered quickly enough. Patients are taken to the hospital, where they are soon discharged, start suffering immediate withdrawals and often overdose again, restarting the process.

Stanly County EMS is working to change the cycle.

After noticing the opioid overdose numbers had increased in recent years in Stanly, EMS training officer Chris Howard talked with EMS Manager Mike Smith about doing something to curb the trend.

Since last year, they have worked to create a community paramedic program, geared primarily toward responding to opioid overdoses. Smith helped design the program, which was based on his experience with a similar program in Cabarrus County.

With the support of a two-year, $400,000 Blue Cross Blue Shield grant the department received this year, the program began in May.

The community paramedic members are part of a post-overdose response team that functions as a bridge, initially treating opioid patients with Narcan and then transporting them to the Monarch behavioral health clinic.

“We’re like the middleman in between the patient and definitive treatment,” paramedic Mike Campbell said.

At Monarch, opioid patients go through medical-assisted treatment, where they receive Suboxone, a medication which suppresses withdrawal symptoms, and work with a certified peer support specialist (a former addict) who helps them along their path to recovery. Monarch received a roughly $3 million grant to become a Certified Community Behavioral Health Clinic last year.

At Monarch, patients work with a treatment team consisting of a physician, nurse, targeted case manager, medical assistant and therapist that supports them throughout their journey, said Monique Lucas, director of integrated care for Monarch’s CCHBC.

Patients meet with their doctor and case manager on a weekly basis.

Lucas said addiction, like diabetes, is a sickness, and Suboxone, like insulin, is meant to help battle the sickness.

“If you give them the Narcan, without this other medication (Suboxone), all we’re doing is waking them up and putting them right back into withdrawals,” Smith said.

The recovery process typically takes patients one to two years, Lucas said, and even after that they often need additional support.

“We’ll be there to support them as long as they need us to keep them on their journey of staying clean,” Lucas said.

The community paramedic team has helped transport eight patients to the Monarch clinic.

“That’s eight overdoses we haven’t had to go back to,” Howard said.

The program, and its focus on opioid overdoses and connecting patients to long-term treatment, is quite unique.

“To be opioid-based, that was new across the country,” Smith said, with regards to EMS systems and treatment.

Many people battling addiction want to receive treatment, but it’s hard to quit.

Getting off drugs is not a matter of willpower, Howard said. The drugs change the chemical composition of the body.

People also struggle knowing where to go for long-term help.

The officials want to educate the public that there are plenty of county resources beyond the hospital or Monarch, such as Stanly County Health Department, Will’s Place, 33 Recovery, Bridge to Recovery, Daymark Recovery Services, Esther House, Cardinal

EMS officials said the community paramedic program saves the county money because the same patients that repeatedly end up in the hospital will now hopefully be in a long-term treatment facility. Once they are in the facility, they can get jobs and can better contribute to their communities, organizers said.

They are also working to change attitudes around addiction.

“It’s all about changing the stigma from having people think that these are bad people,” Campbell said. “These are good people who may have made a bad choice or who have got caught up in life which resulted in addiction.”

The following list includes a few of the local organizations that can help people suffering from addiction, mental health, domestic violence or sexual assault issues.

• Bridge to Recovery in Oakboro and Monroe — Call 704-909-8025 or email help@thebridgetorecovery.org.