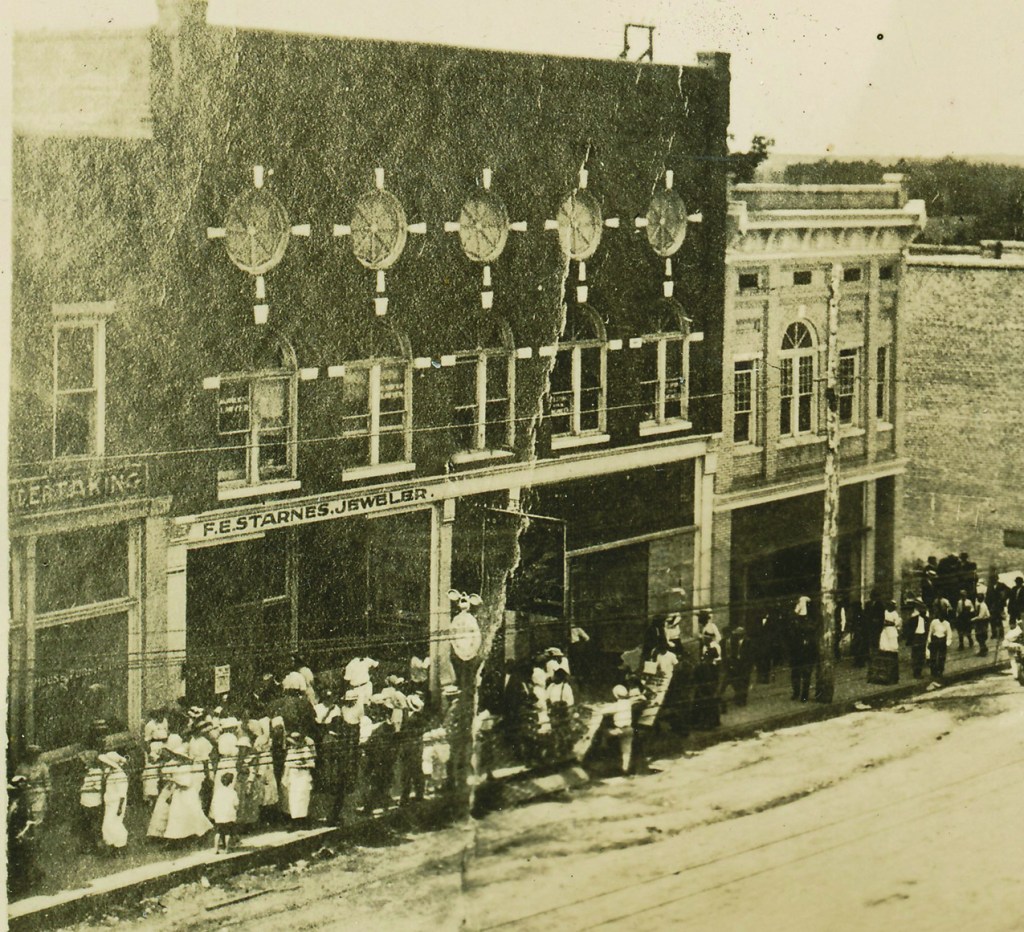 J.C. Parker Drug Store’s building is on the right, circa 1913. It is now home to Tiffany’s at the Boardroom.

Construction of the Starnes/Opera House building began during 1907 and was finished in 1908. The owners were Doc Frank Parker, his son-in-law, F.E. Starnes, and his brother, Julius Caesar Parker. During the end of 1908, J.C. Parker purchased the property next door, to the west, from the Milton family.

It’s not clear when the building that now occupies the space was constructed but it first appears on the December 1913 Sanborn Fire Insurance map.

During early April 1914, the Albemarle Enterprise announced Hall’s Pharmacy had moved into the building.

Dr. Hall passed away in late 1930. When the estate was being settled, the business was purchased by H.W. Snuggs and it was merged into his drug store, which was located across the street. By late 1933, the building was occupied by Economy Food Store. During January 1935, this business became known as Crotts Grocery.

Crotts moved to a new location on East Main Street in early 1936 and Harry Harris opened the Chic Shop, a women’s clothing business, on Feb. 14 of that year in the Parker Drug Store building.

In May 1944, Harris purchased the building that housed H.W. Snuggs’ drug store, still across the street and now known as Purcell Drug Store. In the mid-1950s, they switched locations.

In 1969, the Purcell store was purchased by employees Harold Little and Jim Davis. They stayed in this location until early 1981 when they moved to the other side of Starnes.

The building was later occupied by Lee’s Fashion for a number of years.

In 1999, The Boardroom Bar and Bistro was opened by Roger and Margaret Snyder. The building currently houses Tiffany’s at the Boardroom, which will have a a ribbon cutting for their business Friday.