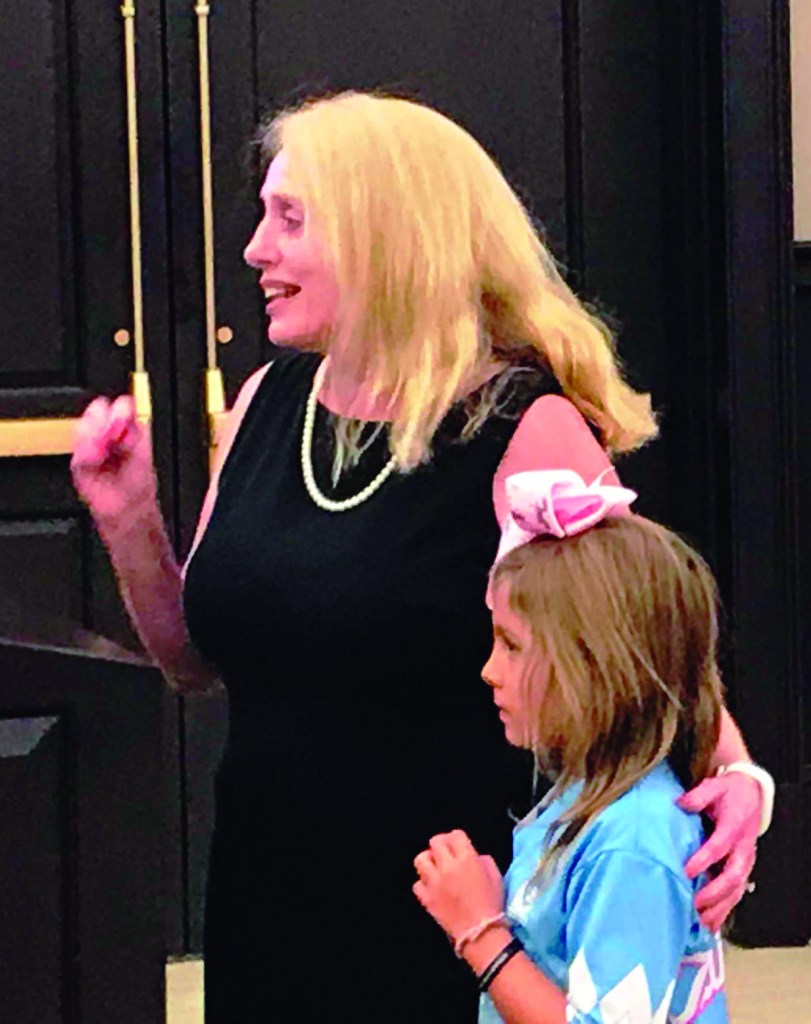 After council adopted an ordinance establishing a permit system by which family and friends of childhood cancer patients can paint city fire hydrants in their honor and support, Mayor Pro-Tem Martha Sue Hall, along with pediatric cancer survivor Stella Senter, presented a proclamation of September as Childhood Cancer Awareness Month in Albemarle.

“Childhood cancer is the No. 1-rated killer of children in the United States, and it is on the rise,” Hall said.

Hall said that nationwide, 43 children a day are diagnosed with some form of cancer, and that normal treatments consist of proportionately downsized versions of adult treatments, including chemotherapy and radiation.

“The effects of this are sometimes devastating,” she said.

Senter, who attended the meeting with her parents, Jim and Mary Ellen, and grandparents, Lin and Kathy, is one of six Stanly County youngsters diagnosed with the disease in the past three years.

Hall credited Albemarle resident Donna Reed, who was unable to attend the meeting, with bringing the issue to the council’s attention and working to increase awareness of the problem.