New renovations made to fairgrounds 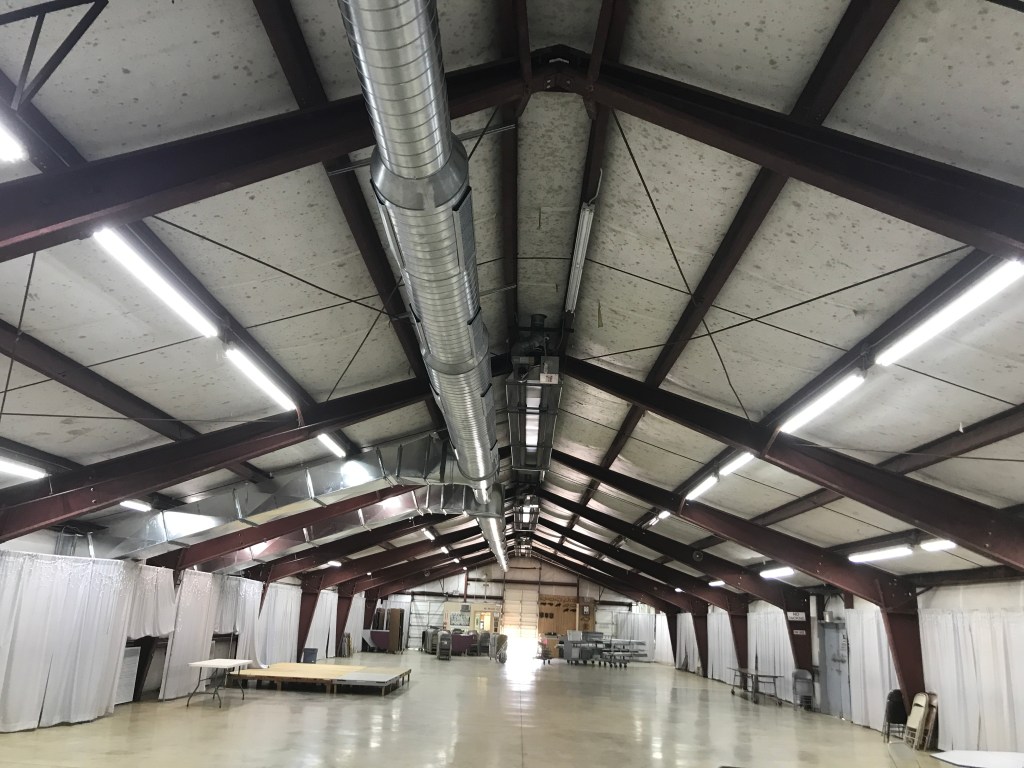 For the first time during the fair, there will be air conditioning flowing through the event center.

The Stanly County Fair is almost here — and with it, people can expect to see numerous renovations and a 120-foot commemorative wall honoring victims of terror.

Since last year’s fair ended, about six or seven members of American Legion Post 76, who own and operate the fairgrounds, along with volunteers, have been working on renovations. Perhaps the biggest part was installing air conditioning in the Walter B. Hill Events Center along with adding new LED lights. The group’s meeting room in the event center has also been renovated with new tables, chairs and an expanded kitchen.

The concession stand has a new roof, windows and screens and the animal barn is now connected to the show barn. The inside of the animal barn has been renovated with new support structures and new red metal livestock panels, which replaced the old wooden panels. A new roof has also been installed on the barn.

The 18 full service camp sites have been rewired to 50 amp services and new water lines have been installed.

Post 76 spent roughly $110,000 on renovations — the most they have ever spent, said Cal Massingale, commander of the Post and the fair manager. The money came from a state agricultural grant and from money gathered by former N.C. Rep. Justin Burr, Massingale said.

The group has been working daily to have the fair ready for its opening on Tuesday. The fair has been solely funded by Post 76 for the last 85 years, said member Charlie Cosgrove.

Post 76 has many events throughout the year to raise money for the fair, including horse shows, hosting Friends of the NRA and the Coyote Classic.

“We average between 40 to 60 events here to raise money to have the fair,” Massingale said.

Planning for the upcoming fair always happens after the current fair ends.

“Once the fair is over, you start planning for the next fair,” Ken Brewton, a member of the fair board, said.

“We hope that people see the improvements and see that the work and effort that’s been put in to improve the grounds will help bring in more people to enjoy the fair and also support the veteran community,” Massingale said. 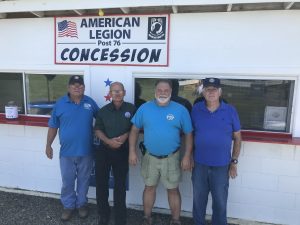 Bennie Carver, Ken Brewton, Cal Massingale and Charlie Cosgrove spend most of their days working to make sure the fair grounds are ready for the Stanly County Fair in September.

In honor of the 100th anniversary of the American Legion, the members have raised enough money to bring a 120-foot long Global War on Terror Wall of Remembrance. The wall has the name of every American who has died from an act of terror since 9/11, which is around 7,000 people.

The wall, which will have 24-hour security, will be open to the public 24 hours a day during the five days the fair is open.

The Indiana-based veterans group, Romans Warrior Foundation, which manages the wall, will be transporting the wall and it should arrive on Sept. 23. Post 76 is covering the transportation cost.

A Vietnam War memorial, showcasing all the names of Stanly County veterans that died in Vietnam, will also be on display at the events center.

The fair will run Tuesday through Sept. 28. More information on fair events is forthcoming.