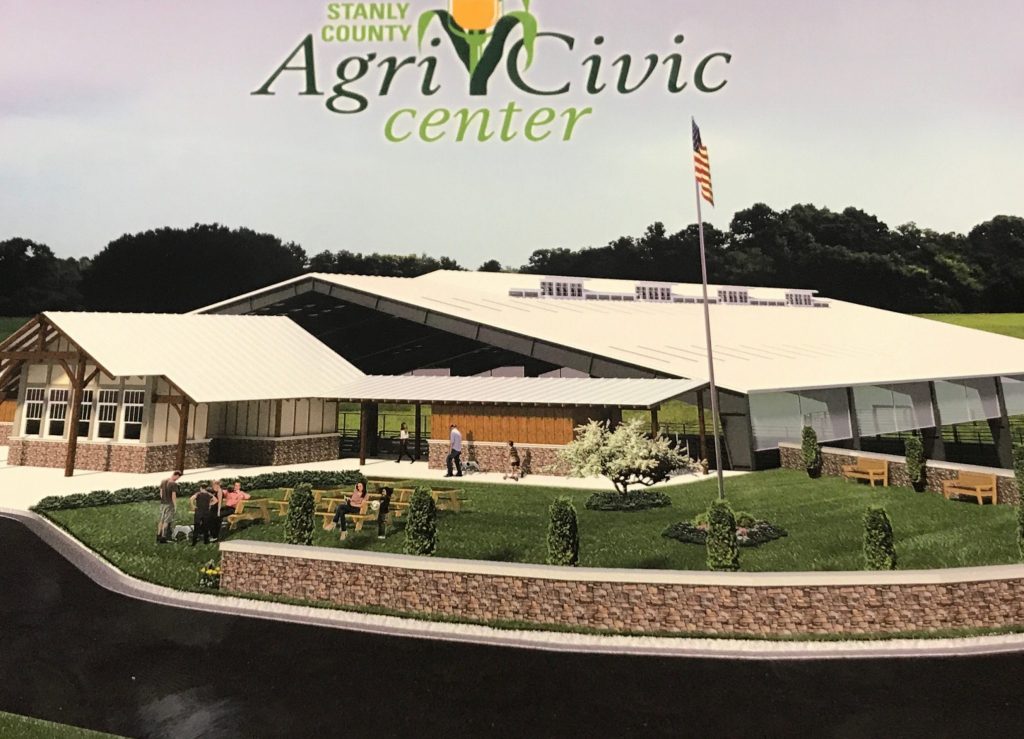 An artist's rendering of the proposed Stanly County Farm Bureau Arena, which would cost an estimated $3.5 million.

The creation of the Stanly County Farm Bureau Livestock Arena, which has stalled in recent years, was injected with new life Monday evening as the county commissioners passed a motion pledging to spend $1.5 million.

Commissioner Bill Lawhon made the motion for the county to pledge funds to the arena with the understanding that the Friends of the Agri-Civic Center would raise $500,000 in the next 12 months.

Commissioner Ashley Morgan was the sole vote against the motion. He was not in support of pledging $1.5 million when he said the county has other projects that need funding.

“It’s a big step toward us getting it built now,” Arena Steering Committee member Curtis Furr said. “The momentum of it had kind of stalled and people were waiting to see something happen.”

The arena, which would seat 600 people, would be built behind the Stanly County Agri-Civic Center. The estimated cost for the project is $3.5 million.

In July 2018, the committee received bids for the project from four contractors from around the state and each exceeded $3.4 million.

The Friends of the Agri-Civic Center received a $150,000 grant from The Cannon Foundation earlier this month for construction of the arena. Construction of the 2,400-square-foot building was put on hold by the county commissioners last summer in hopes of raising more non-county funds.

The arena would have space for concession stands, restrooms, office space and a ticket office.

The arena committee has raised roughly $1.5 million for the project through private donations, corporate and government gifts and grants.

While other counties are looking into building similar facilities, “no one that I’ve talked to across the state has raised the kind of money that we’ve raised,” County Cooperative Extension Director Lori Ivey said. “That speaks to the commitment of the community because most of that is local dollars.”

The committee is selling honor/memory boards to help raise money for the arena. Each costs $2,500 and the goal is to sell 100. They can be paid over a three-year period and the boards would be placed in the arena.