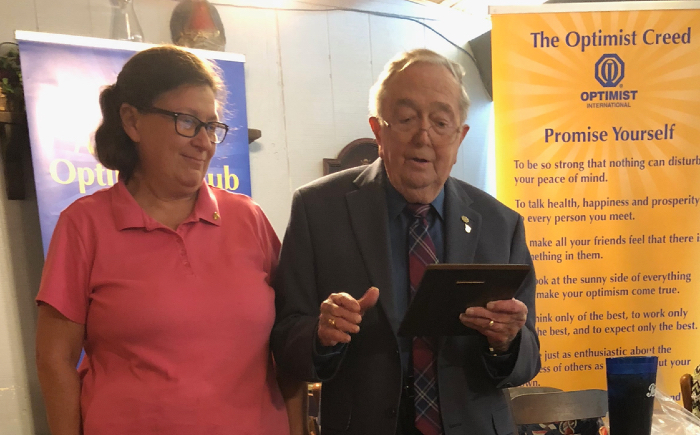 The Albemarle Optimist Club, an institution in the city since 1954, convened its last meeting this month.

The group, which consisted of about 12 members, decided to disband because it could not recruit enough new members, especially young people.

She said health issues for some members was another factor in deciding to disband.

These issues are not unique to Stanly County, she said.

“All civic clubs are having trouble recruiting and keeping members,” Howard said.

The club had talked about disbanding for the last several years, but decided within the last six months that the September meeting would be the last.

Albemarle Optimist Club at one point had 84 members in the late 1970s. The club was still going strong with 44 members in 2004, when Howard was president.

The club was part of Optimist International, a worldwide volunteer organization made up of 2,500 local clubs whose members work to better the lives of young people.

Albemarle Optimist is probably best known for its summer baseball program and its oratorical contest.

Two of its presidents, Dr. Carl Bowen and Boone, who has been the leader since 2010, also served as presidents of Optimist International.

“Optimist provides you with an avenue for leadership,” Boone said.

The club has helped with many projects and organizations over the years, including Stanly County Relay for Life, Community Inn, Butterfly House, Stanly Community Christian Ministry, Victory Junction and Boys and Girls Home in N.C.

The fundraisers the club has been involved with include Christmas tree sales, peanut sales, concessions stand sales and 50/50 raffles.

Dr. Colin Moffett, who was president of the club in 2006-2007, will most remember the summer baseball program.

Owen Squires, who was president in 2012-2013, enjoyed working the concession stand during baseball games.

“Every year you’d watch the kids get older and you got to know them,” he said. “You knew that this kid was going to come up and look for chocolate ice cream and this guy was a Snickers nut.”

Gary Faircloth, president and CEO of Boys and Girls Homes of N.C., an organization that provides residential and community-based services to children, said the Albemarle Optimist Club has given around $40,000 to the organization over the years.

“Good things are happening in the lives of children because of your efforts,” Faircloth said.

Boone’s time with Optimist is not over, however. He plans to join the Endy Optimist Club.

“I think we have made an impact on the young people in the community through our programs,” Boone said.