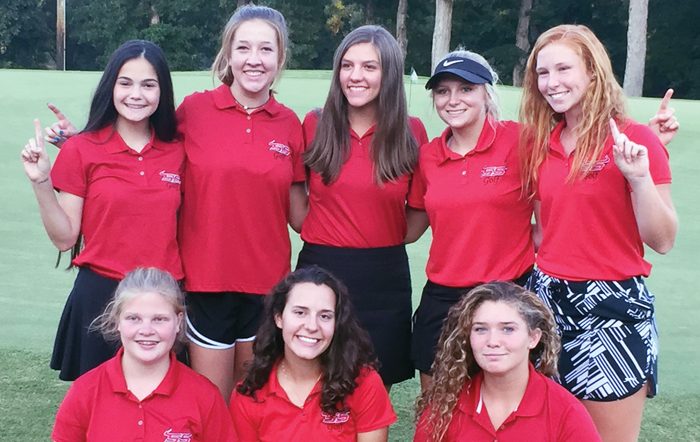 The women’s golf teams of South Stanly and Gray Stone faced off Monday at Piney Point Golf Club with a conference title on the line.

Playing nine holes, South needed a win to stay undefeated in conference play and earn the head-to-head tiebreaker over the Knights in the five-team conference which includes Chatham Central, North Rowan and North Moore.

The Bulls earned an eight-stroke win over Gray Stone to claim the conference crown.

Gray Stone was led by the event’s individual medalist, Katelyn Griggs, who shot 42 for nine holes. Layla Simpson was second for the Knights with 51 followed by Aliza Simpson (57). Carson Prince also finished with a round of 58.